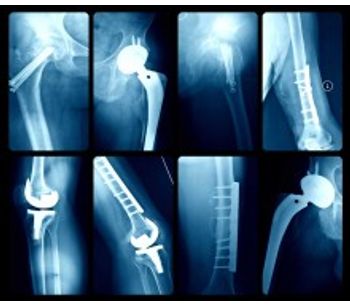 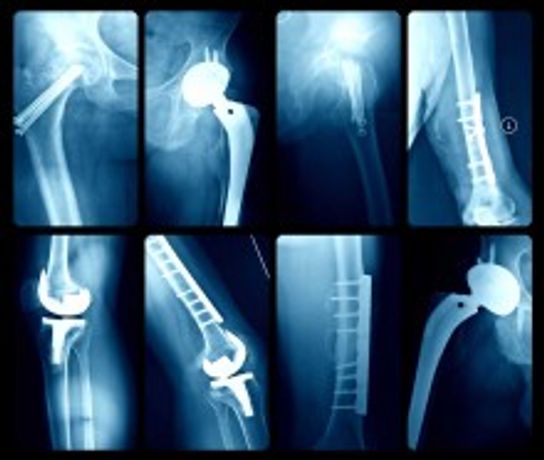 Biomaterials are those which interact with the native-tissue, organ or function in a body. Biomaterials have recently attracted a lot of attention due to the potential applications in replacing major components and systems in a living organism. Biomaterials have been widely used in dental, cardiovascular, cosmetic and orthopedic applications.  XPS has been particularly useful in exploring the limits and possibilities of such novel devices and interfaces.

This work reports on a new methodology for synthesizing poly(propylene fumarate) (PPF)/titania nanowire composites which would be beneficial in tissue engineering for orthopaedic bone cements. The synthetic procedure reacted PPF with maleic anhydride to create HOOC–PPF–COOH species in a ring-opening reaction at room temperature. These species were then coordinated to titania nanowires by metal carboxylate bonding through the end –COOH groups. These PPF-grafted nano-TiO2 assemblies were then further polymerized and crosslinked in the presence of N-vinylpyrrolidone to produce the bone cements. The synthesis and modification of PPF was confirmed by NMR (1H and 13C) and XPS, while the reaction chemistry of the functionalized PPF and nano-TiO2 was also investigated by XPS and FTIR. Mechanical testing of the resulting composites demonstrated a significant reinforcement of the tensile and flexural properties, showing the utility of this synthetic approach for bone tissue engineering

Rare Earth (RE) activated upconversion phosphors (UCPs), have demonstrated significant application potentials in some front fields, including solar energy conversion and bio-application. However, some bottleneck problems should be overcame, such as the lower upconversion efficiency, narrower excitation band, concentration-quenching and temperature-quenching. To solve these problems, the Ag-SiO2-Er2O3 nanocomposites were fabricated, in which the upconversion luminescence (UCL) of Er2O3 was white broadband. Through the interaction of Er2O3 with surface plasmon (SP) of silver nanoparticles (SNPs), the threshold power for generating broadbands was suppressed largely in contrast to the Er2O3 nanoparticles (NPs), while the UCL brightness was enhanced remarkably, ranging from several to 104 times, which strongly depended on the power density of excitation light. At excitation power density of 1.50 W/mm2 of 980 nm light, the UCL intensity of Ag-SiO2-Er2O3 is 40-folds than the well-known NaYF4:Yb3+,Er3+ commercial powders. And more, it is also interesting to observe that the composites demonstrate two excitation bands extending of 780–980 nm, highly improved UCL with elevated temperature and excitation power density. The UCL mechanism related to UCL enhancement was carefully studied.

ABSTRACT
Cell based therapies offer potentially revolutionary treatments for a number of diseases, but are dependent on the culture and supply of defined cell types in appropriate numbers. In turn, this supply requires changes to current cell culture passaging methods, which commonly use enzymatic digestion. Here we demonstrate, for the first time, the use of thermoresponsive poly(methoxyethoxyethylmethacrylate-co-oligoethyleneglycolmethacrylate) (poly(MEO2MA-co-OEGMA)) as a responsive surface on which to culture embryonic stem cells (mouse; used as a model embryonic stem cell type). Thermo-responsive copolymer brushes composed of MEO2MA and OEGMA were grafted from hydroxyl plasma-polymer functionalised glass slides using atom transfer radical polymerisation (ATRP) and their thermo-responsive behaviour characterised. Feeder-free mouse embryonic stem cells (mESCs) were seeded on these surfaces following adsorption of fibronectin (to encourage cell attachment) and cultured for three days. Subsequent passaging experiments were performed over 10 passage cycles and the cells analysed for population doubling times and retention of the stem cell geno/phenotype. These thermoresponsive polymer/fibronectin surfaces were found to be suitable for mESC culture without promoting differentiation during the early stages of culture. This indicated that these materials have promise as a new generation of culture materials for enzyme free cell culture and passage suitable for generating cell populations for clinical applications.

ABSTRACT
Protein adsorption onto calcium phosphate (Ca–P) bioceramics utilised in hard tissue implant applications has been highlighted as one of the key events that influences the subsequent biological response, in vivo. This work reports on the use of surface-matrix assisted laser desorption ionisation mass spectrometry (Surface-MALDIMS) as a technique for the direct detection of foetal bovine serum (FBS) proteins adsorbed to hybrid calcium phosphate/titanium dioxide surfaces produced by a novel radio frequency (RF) magnetron sputtering method incorporating in situ annealing between 500°C and 700°C during deposition. XRD and XPS analysis indicated that the coatings produced at 700°C were hybrid in nature, with the presence of Ca–P and titanium dioxide clearly observed in the outer surface layer. In addition to this, the Ca/P ratio was seen to increase with increasing annealing temperature, with values of between 2.0 and 2.26 obtained for the 700°C samples. After exposure to FBS solution, surface-MALDI-MS indicated that there were significant differences in the protein patterns as shown by unique peaks detected at masses below 23.1kDa for the different surfaces. These adsorbates were assigned to a combination of growth factors and lipoproteins present in serum. From the data obtained here it is evident that surface-MALDI-MS has significant utility as a tool for studying the dynamic nature of protein adsorption onto the surfaces of bioceramic coatings, which most likely plays a significant role in subsequent bioactivity of the materials.

ABSTRACT
Semifluorinated-quaternized triblock copolymers (SQTCs) were synthesized by chemical modification of polystyrene-block-poly(ethylene-ran-butylene)-block-polyisoprene ABC triblock copolymers. Surface characterization of the polymers was performed by X-ray photoelectron spectroscopy (XPS) and near-edge X-ray absorption fine structure (NEXAFS) analysis. The surface of the SQTC showed very high antibacterial activity against the airborne bacterium Staphylococcus aureus with &gt;99 % inhibition of growth. In contrast in marine fouling assays, zoospores of the green alga Ulva settled on the SQTC, which can be attributed to the positively charged surface. The adhesion strength of sporelings (young plants) of Ulva and Navicula diatoms (a unicellular alga) was high. The SQTC did not show marked algicidal activity.

ABSTRACT
Ultra-high molecular weight polyethylene (UHMWPE) is frequently employed in joint replacements because of its high biocompatibility; however, this material does not exhibit particularly strong wear performance, thus potentially reducing the longevity of such devices. Numerous techniques have been investigated to increase the resistance to wear of UHMWPE, but they are all based on expensive machinery and require a high level of safety precautions. Cold atmospheric pressure gas plasma treatment is an inexpensive process that has been used as a surface modification method and as a sterilization technique. We demonstrate for the first time that a helium/oxygen cold atmospheric pressure gas plasma can be used to enhance the wear performance of UHMWPE without affecting the cytocompatibility of the material. The exposure to a cold atmospheric pressure gas plasma results in a greater level of crosslinking of the polyethylene chains. As a consequence of the higher crosslinking, the material stiffness of the treated surface is increased.