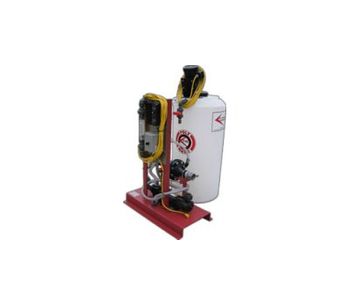 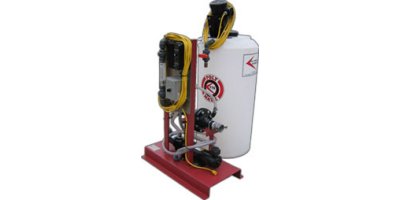 Depuration of oil and emulsion mists - Manufacturing, Other

Share Share with Facebook Share with Tweeter Share with LinkedIn
In machine shops, where the production is centered on the use of machine tools, one of the most common problems is the restoration intervention aimed at limiting the presence of oil or emulsion fogs. As a matter of fact, since machine tools work at very quick production rhythms, they widely use lubricating fluids such as oil or oil emulsions and water.

Such fluid, once in contact with the tool, evapora...

Such fluid, once in contact with the tool, evaporates and is continuously dispersed into the environment, thus creating inside the factory some fog which makes the air absolutely unhealthy and, in the long term, makes surfaces slippery.

The oil (or emulsion) fog is composed of very fine particles which fall within the fraction that can be breathed by man. This means that it can damage the respiratory apparatus even seriously, also because the fog is a carrier of the metallic particles removed during the processing.

GGE has been for years a leader in the design of centralized plants for the renovation of these rooms.

The design of this type of plant must be based on many considerations, but it is fundamental that the collection takes place near the source.

Modern machine tools are already shrouded so as to optimize the containment and they are prearranged with a flanged opening for the connection with the suction plants.

On the contrary, more dated machines doesn’t present any shroud and in this case you can go on in different ways based on the features of the machine.

The safest method is always to equip the machine with a shroud, but, if this isn’t possible, the alternatives are:

The piping section is dimensioned according to the...

The piping section is dimensioned according to the criterion of decreasing diameters, so as to keep an adequate speed in every point, in order to limit the deposits to the most. Furthermore, some degrees’ gradient in the suction direction will be foreseen to allow the flowing of the condensed liquids towards an end. Siphons for the discharge or collection of liquids are connected with these ends or with abrupt direction changes.

The canalization leads to a high efficiency filtration appliance which must reduce the pollutant before the expulsion into the atmosphere.

The choice of the filter type depends on the features of the pollutant to be processed: usually, the electrostatic filter is chosen for oil fogs, whereas batteries made up of different stages are used for emulsion fogs.

It is very important, in order to get the necessary efficiencies for the suppression, to dimension the filter with adequate filter surfaces and crossing speed. The filter must foresee a shaped bottom to allow the recovery and storage of the fluids held back. The depression allowing the air suction is generated by an electric fan which is each time dimensioned according to the requirements of every single plant.

GGE has produced for years a wide range of fans with direct or transmission-driven coupling, which can meet all the requirements with regard to capacity and prevalence.

The pressure port of the fan is flanged with the discharge stack in compliance with the specific standards.

The plant is managed by a control panel which can foresee automations based on the customer’s needs and working times.

The remarkable air quantities involved can mean a ...

The remarkable air quantities involved can mean a considerable energy spending in winter, because the sucked hot air must be reintegrated in the room with cold air, which must be in turn warmed up.

In the last years GGE has specialized in the execution of automatic modulating plants, thanks to the use of switchboards with frequency converter, commonly called INVERTERS, and GGE pressure regulator model DPF. This system is the technically more advanced, easy and efficient solution to constantly monitor the suction as a function of the opening and closing of inlet holes on production cycles.

Every machine is equipped with an automatic valve which opens and closes according to the use. The DPF probe can establish how many machines are open and consequently suck just the air which is strictly necessary. By these devices the energy saving in winter can even reach 50%.

You also get other advantages such as: less electric absorption, less noise, easier installations and tests.

A further energy saving can be obtained by combining a heat exchanger to the suction and installation system. In this case the possibility, during the winter periods, to heat warmer air than the external one, allows an energy saving and an amortization in the medium period.