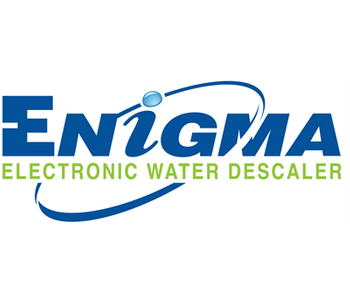 Most industrial companies use significant volumes of cooling and/or hot water in their facility. In 70% of the UK, it is often difficult or expensive to maintain efficient heat exchanger performance. Chemical treatment is both expensive and potentially ecologically damaging and has a negative impact on sustainability.

Since 1989 we have continued to gain experience by using physical means to aid sustainability. Applications have included every conceivable method of heating, cooling or spraying water, at temperatures ranging from just above freezing to the heat of exhaust gases from an aircraft jet engine running in a test rig. End users have included household names in plastics, rubber and metal manufacture, food and drink manufacturers, ships, paper and pulp manufacturers, and mining companies.

Applied to systems that have become inefficient and costly because of the build-up of limescale, ENiGMA removes the need for chemical descalants and the early replacement of pipework, water-fed equipment and appliances. By dissolving existing scale, ENiGMA will restore the system to its design performance, thereby delivering energy savings and reductions in greenhouse gases. Experience has demonstrated that scale is removed in a fraction of the time it has taken to form. The resulting pay-back period can be as little as a few months and has rarely been longer than two years.

The ENiGMA can be tailored to a customer’s individual needs. Most installations follow a detailed survey of the problem, a discussion to agree the criteria for success, and agreement on how performance is to be monitored and measured.

If it is a completely new application, for example on a non-water application, a Rental Evaluation can be proposed to allow both parties to establish the efficacy of the installation before capital expenditure is incurred. Employing this method, a number of new applications have been developed, such as the treatment of other fluids, including ferric aluminium sulphate, zinc phosphate, sea water and milk.

The effectiveness of other processes, such as effluent solids/water separation using polymers for flocculation, are improved by pre treating using ENiGMA conditioning.