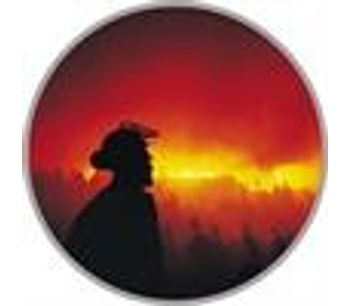 Share Share with Facebook Share with Tweeter Share with LinkedIn
Every year, 35 million hectares —or about 1% of the world’s forests— are lost to wildfire. Recently in North America the area burnt by wildfires has increased sharply, while regions like Southeast Asia and South America have seen a rise in the number of land-clearing fires and other escaped wildfires in equatorial forests. The extraordinary costs of fire suppression activities are matched only by the damages to property and ecosystems these fire wreak—in South America, this loss is estimated at $1.6 billion annually. In the US, damages from major fires were found to account for as much as 95% of total costs from fire. Advances have been made through the use of basic weather data from meteorological stations. In years past, fire agencies used this data to develop fire danger rating systems that helped them predict, prevent and suppress fires. How can fire management agencies improve their ability to predict, prevent and fight wildfires? By installing dedicated fire weather network.

A severe fire can race across the landscape at upwards of 23 km/hr and without accurate fire weather information there is no way of knowing where the fire is going, how hot it will burn, and what it will take to stop it.

Modern fire agencies use fire weather data to make decisions about how many people to send to a fire, where to send them, and how quickly they must arrive. Should the focus be on ground operations, or is aerial support needed? Operations are constantly adapting to fire weather information: imminent rainfall may make fire suppression activities unnecessary; an expected change in the wind direction may inform a shift towards protection of a nearby town; windy conditions may make it too dangerous for a helicopter. By understanding the weather’s effect on a fire’s behaviour, decision-makers can make the most effective use of available resources while prioritizing the safety of their firefighters.

Perhaps even more important than the ability to predict fire behaviour during a fire event is the ability to identify dangerous conditions before a fire starts. By knowing when and where conditions are ripe for fire, fire managers can take measures to reduce ignition risk and increase fire preparedness. That’s what a fire danger rating system does.

An excess buildup of fuel caused by ongoing fire suppression can lead to extreme fire conditions. Fire weather data and danger rating systems allow land managers to reduce this fire risk by doing prescribed burns during times when the fire will achieve its objective but the probability of escape is low.

When it comes to wildland fire, timing is everything. A quick initial attack can make the difference between a fire that is put out before it has the chance to spread, and an inferno that burns for weeks, claiming lives and property. Fire managers can pre-position firefighting resources into areas with the highest danger. It is not feasible to have 100% of staff ready to go at all times, nor is it feasible to have enough equipment and staff to deal with the most extreme fire season. Instead, fire danger ratings can determine the level of preparedness and resources on any given day and during times of extreme risk, resource-sharing agreements can be drawn upon with other jurisdictions (both the US and Canada have such agreements in place).