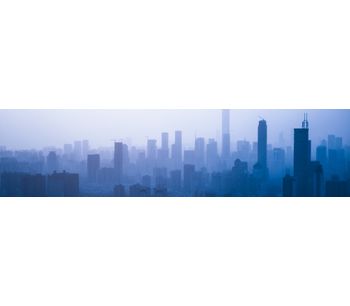 Nitric acid is manufactured from ammonia and is a key chemical in the manufacture of fertilizers. This is the main reason why nitric acid is produced in such large quantities. The production process of nitric acid produces nitrogen oxides (NOx), ammonia (NH3) and nitrous oxide N2O emissions.

The ability to detect and measure almost any gas (including NOx, NH3 and N2O), combined with the robustness and reliability of the technology, makes Fourier Transform Infrared (FTIR) spectroscopy ideal for the continuous measurement of these emissions.

Learn more about FTIR and continuous emissions monitoring in our free Guide to Emissions Monitoring.

Gasmet manufactures portable FTIR gas analyzers and stationary FTIR emissions monitoring systems. An FTIR analyzer works by simultaneously scanning an entire infrared spectrum. Our Calcmet software then calculates the concentrations of each gas in the sample based on the characteristic absorption. All the gases in the sample can be measured simultaneously because the entire infrared spectrum is scanned at once. This allows for very quick multicomponent measurements and for compensation for any cross-interference.

The Gasmet DX4000 can be used when you need a portable gas analyzer solution instead of continuous gas monitoring. It is portable FTIR gas analyzer for applications where multiple gas compounds need to be accurately monitored in hot & humid sample gas. Gasmet DX4000 is the world’s smallest FTIR emissions monitoring system.