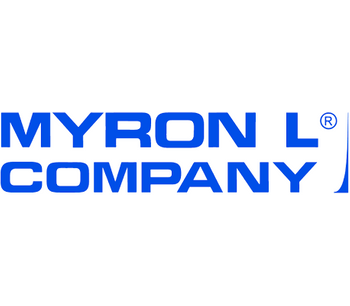 The vast majority of dissolved impurities in modern water supplies are ions such as calcium, sodium, chlorides, etc. The deionization process removes ions from water via ion exchange. Positively charged ions (cations) and negatively charged ions (anions) are exchanged for hydrogen (H+) and hydroxyl (OH-) ions, respectively, due to the resin's greater affinity for other ions. The ion exchange process occurs on the binding sites of the resin beads. Once depleted of exchange capacity, the resin bed is regenerated with concentrated acid and caustic which strips away accumulated ions through physical displacement, leaving hydrogen or hydroxyl ions in their place.

Water quality from deionizers varies with the type of resins used, feed water quality, flow, efficiency of regeneration, remaining capacity, etc. Because of these variables, it is critical in many Dl water applications to know the precise quality. Resistivity/ conductivity is the most convenient method for testing Dl water quality. Deionized pure water is a poor electrical conductor, having a resistivity of 18.2 million ohm-cm (18.2 megohm) and conductivity of 0.055 microsiemens. It is the amount of ionized substances (or salts) dissolved in the water which determines water's ability to conduct electricity. Therefore, resistivity and its inverse, conductivity, are good general purpose quality parameters.

Because temperature dramatically affects the conductivity of water, conductivity measurements are internationally referenced to 25°C to allow for comparisons of different samples. With typical water supplies, temperature changes the conductivity an average of 2%/°C, which is relatively easy to compensate. Deionized water, however, is much more challenging to accurately measure since temperature effects can approach 10%/°C! Accurate automatic temperature compensation, therefore, is the 'heart' of any respectable instrument.

Portable instruments are typically used to measure Dl water quality at points of use, pinpoint problems in a Dl system confirm monitor readings, and test the feed water to the system. The handheld Myron L Company instruments have been the first choice of Dl water professionals for many years. For two-bed Dl systems, there are several usable models with displays in either microsiemens or ppm (parts per million) of total dissolved solids. The most versatile instruments for Dl water is the 4P or 6P Ultrameter II, which can measure both ultrapure mixedbed quality water and unpurified water. It should be noted that once Dl water leaves the piping, its resistivity will drop because the water absorbs dissolved carbon dioxide from the air. Measuring of ultrapure water with a hand-held instrument requires not only the right instrument, but the right technique to obtain accurate, repeatable readings. Myron L Company instruments offer the accuracy and precision necessary for ultrapure water measurements.

In-line Monitor/controllers are generally used in the more demanding Dl water applications. Increased accuracy is realized since the degrading effect of carbon dioxide on high purity water is avoided by use of an in-line sensor (cell). This same degradation of ultrapure water is the reason there are no resistivity calibration standard solutions (as with conductivity instruments). Electronic sensor substitutes are normally used to calibrate resistivity Monitor/controllers.

Sensors are available constructed in either 316 stainless steel or titanium. All sensors are provided with a 3/4' MNPT polypropylene bushing and 10 ft./3 meters of cable. Optional PVDF or stainless steel bushings can be ordered, as well as longer cable lengths up to 100 ft./30 meters.