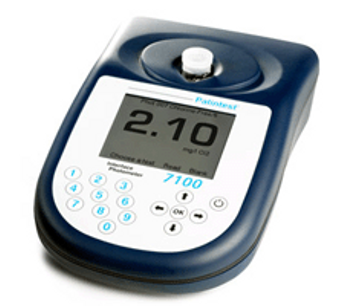 Nitrogen is a nutrient essential to all forms of life as a basic building block of plant and animal protein. Nevertheless, too much of it can be toxic. The processes used for the removal of ammonium ions from drinking waters include ion exchange. PuriTech`s ION-IX system can be broken up into 4 distinctive zones with each zone operating continuously. The resin is initially loaded with the Ammonia ions (and partially calcium and magnesium)in the adsorption zone. As the ION-IX multi-port valve rotates, the resin that has been saturated with Ammonia ions (and some calcium and magnesium ions)moves into a one-bed displacement zone with softened water to ensure hard water does not cause precipitation within the multi port valve.

To remove arsenic from drinking water, water is pa...

Boron is an essential trace nutrient, but if found in levels higher than 0.3 mg/L it can be very damaging to agricultural crops when present in irrigation water. It is also a known teratogen, causing potential damage to human reproduction. Boron is usually found at low levels, averaging <5 mg/L, and often comes from detergents via water treatment plants.

Boron is found predominately as boric acid. Its removal is complicated by the fact that its predominant species is in two forms, as displayed in the equation below :

The chemistry of boron selective ion exchange is such that it will remove boric acid in either form and therefore operate successfully at a range of pH values. No pH correction is required and there is no increase in scaling potential.

Boron-specific ion exchange resins have a very specific functional group which makes a very stable complex with boric acid.
This complex formation is not pure ion exchange, and therefore does not require the boric acid to be ionised in the water.
Because this complexing resin is so specific, it removes only boric acid from water and has no significant effect on the concentration of other ions.

A typical ION-IX boron removal process can be broken up into 5 distinctive zones with all zones operating continuously. There are generally 30 vessels in total of which at any one time, 22 are in the adsorption zone, 3 are in regeneration, 2 are regeneration rinse, 1 is in neutralisation and 2 are in final rinse.

Ion exchange is the most appropriate technology to remove boron selectively from desalinated seawater.
Reverse osmosis, necessary to reduce the salinity of seawater down to drinking water levels, can be combined with selective ion exchange.

Ion exchange is the ideal technology for removing or reducing trace levels of contaminants in water to acceptable levels. However, for bottled water that is labelled either as “natural,” “spring,” “artesian,” or “mineral” water, the use of standard ion exchange technology is not considered a feasible option. Major changes in the quality of the water occur during the standard ion exchange process that can violate regulations requiring that no significant changes be made to the composition and quality of the water during processing.

By using the ION-IX technology with the Bromide Plus resin in a conditioned form for the specific water to be treated the bromide levels can be reduced whilst producing minimal changes to the composition of the treated water.

No changes occur to the total dissolved solids or the individual cations that are present, such as sodium, calcium and magnesium, since a strong base anion resin is utilized. Changes in concentration of other anions such as chloride, sulphate and bicarbonate are kept to a minimum, typically less than +/- 15% and even lower depending on the specific situation. These variations are minimal to and are considerably lower than the natural seasonal fluctuations that may cause some constituents of the source water to change by 50% or more.

It can be seen that using the technology described above means that the end user only has one process treatment unit and as such no remineralisation would be required.

The bromide removal design will essentially comprise two different options, either with or without conditioning. The conditioning step is designed to minimise the water character changes between the feed and treated water. Depending on the specifics of each individual scheme, this step may not be necessary.

The ION-IX system can be broken up into 6 distinctive zones with each zone operating continuously. The resin is initially loaded with the bromide in the adsorption zone. The adsorption zone consists of 12 IX columns in parallel. The combined output from these 12 columns will be the average of the output from each column and hence any slight changes in the performance of an individual column will very slight. As the valve rotates, the resin that has been saturated with bromide moves into the regeneration zone and at the same time a column containing regenerated resin will move back into the adsorption zone. Any impact of this column movement will be averaged out over all 12 columns.

Chromium removal from water
An ion exchange system removes the hexavalent chromium to below its limit of detection (2 ppb) .

During the production of natural gas form coal beds water is typically a co-product. Along with the gas the water is brought to the surface. This water can be very high in sodium, this high sodium content expressed as the sodium adsorption ratio (SAR) makes the water detrimental to plants, fish and the environment.

To get the methane out of coal seams water must be continually pumped out. The water contains a cocktail of chemicals including nitrates, nitrites, chlorides and other salts, benzene, toluene, ethylbenzene, other minerals, metals such as arsenic, cadmium , lead and mercury and high levels of total dissolved solids.

The aqueous carbon dioxide provides an acid of a strength significant compared to that of the resin, thus preventing the reaction from going to completion, as in the normal neutralization of bicarbonates.
The net result is that hardness ions associated with mineral acids are not removed from the solution.

Regeneration of the exhausted form is virtually stoichiometric :

Perchlorate is a naturally occurring and man-made anion commonly associated with the solid salts of ammonium, potassium, and sodium perchlorate. These salts are highly soluble in water.

Today, ammonium perchlorate and the other perchlor...

The most common use for ammonium perchlorate is in explosives and rocket propellant.

Radium is a radioactive element that occurs naturally in trace amounts in rocks, soils and some groundwater.
Surface water is usually low in radium, but groundwater can contain significant amounts of radium due to local geology.

The removal of Radium from water could be done in 2 ways.

With a selective resin which is a single use resin which has a very high loading for the radium. This resin (usually fixed-bed systems) will see the concentration of radium increase, thus also the radioactivity on the resin will increase. This would require special lined vessels, etc as well as special handling procedures for the saturated resin. This resin would require disposal through a licensed nuclear waste company.

The second option is to use a regenerable Cation resin. This resin will also remove the calcium and magnesium and so doing remove the hardness present. PuriTech's radium removal system is based on using this regenerable resin with the continuous counter current ion exchange (CCIX) contactor ION-IX.

A double regeneration cycle every 3 months is advisable to avoid built up of Radium upon the resin beads.