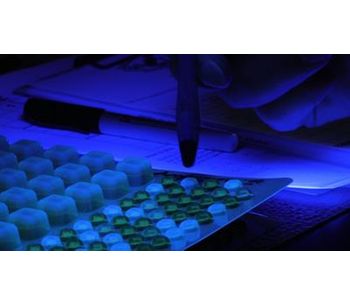 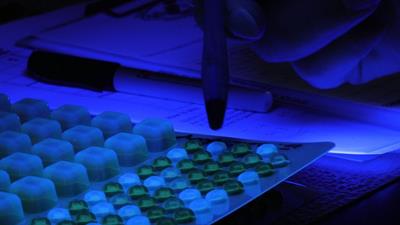 Water is scarce and in high demand in the mountain desert town of Payson, Arizona. So the city reuses its water. It sends the cleaned wastewater to a public recreational lake and then onward for irrigating green areas in public parks, golf courses and schools. Therefore, it is vital that the water is treated correctly and thoroughly, or else it would put people’s health at risk.

“In a day-to-day operation, it runs, we don’t have to touch it, and it does its job.” says Garrett Goldman, District Manager, Northern Gila County Sanitary District.

The situation and challenge

Payson, population 15,000, sends nearly all of its wastewater to the American Gulch Wastewater Reclamation and Reuse Facility on the edge of town. It is operated by the Northern Gila County Sanitary District.

The five-stage, Bardenpho plant treats the wastewater biologically. After the effluent has been treated, the plant sends it out to Green Valley Lake in the centre of Payson – a popular area for boating and fishing. The water is also distributed to golf courses, parks, schools and the local cemetery for lawns, lakes and irrigation, says Chief Operator David Millien. “The district really focuses on providing high-quality water for the community,” he says. “So we’re responsible for the safety of the community.”

District Manager Garrett Goldman adds, “If our treatment process is not working correctly, we are putting the entire community at risk,” he says. “The Enaqua UV disinfection system is the final stage in our treatment process. It’s what kills all of the ‘bad bugs’ in the treated water. If it’s not working correctly, we are polluting the environment.”

In the mid 2010s, the plant expanded its treatment capacity and upgraded its biological treatment processes. As part of these upgrades, the plant needed to replace its ageing, vessel-type UV systems. In its consideration of the Enaqua units, David Millien did his due diligence.

“I asked Enaqua for 20 references all over the country,” he says. “After talking to about ten of them, after grilling them, [Enaqua] really stood out.”

“We’ve been in compliance with our permits for years, with no violations, and we want to keep it that way,” says Garrett Goldman.

“All in all, everybody is really pleased with the system,” says David Millien. He says the operators appreciate the minimal time needed for cleaning and maintenance. The non-contact technology means that the effluent runs through Activated Fluoropolymer (AFP) tubes, with the UV lamps housed around the AFP tubes in the dry body of the reactor, never coming in contact with the effluent.

“With Enaqua, maintenance is really minimum. We do a back-flush on the cooling system once a week, which takes about 20 minutes, and that’s when the guys wipe down the unit to keep the dust and stuff off. That’s about it,” he says.

The Payson plant has two Enaqua reactors, and each is designed to handle up to 3.5 million gallons of effluent a day (13,250 m3/day). Each reactor has three banks of UV lights per channel, but typically the plant operates only two banks, due to the system’s efficient design and flexibility.

“With the three stages, we were already saving about 20-30 percent on the electricity compared to the old UV system,” says David Millien. “And now we’ve shut off another stage, so we’re running at two-thirds of what was designed. We’re pleased, and even looking into running just one stage. So there’s more savings possible.”

The Northern Gila County Sanitary District put a big focus on energy efficiency and savings during the plant’s expansion. A bank of solar panels operates the treatment plant during the daytime on sunny days, David adds.

Garrett Goldman says: “The more we can keep our operation and maintenance cost down is a benefit to our ratepayers. And that is our one goal: to provide the best service at the lowest cost to our ratepayers. In a day-to-day operation, it runs, we don’t have to touch it, and it does its job.”