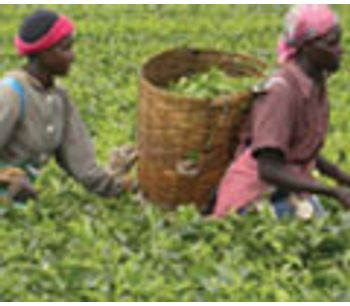 AFRICA: Atlas of our changing environment

Africa is the second-largest continent on Earth after Asia and currently considered among the most strategic regions in terms of global development opportunities. With about 30 million square kilometres including adjacent islands and the Sahara, the world’s largest desert, Africa covers over 20 per cent of Earth’s total land area. Africa is also the second most populous continent after Asia. With over 965 million people it accounts for about one-seventh of the world’s human population. The vast landscape of Africa contains a host of natural wonders and rich resources such as coltan and platinum, which are currently considered the most strategic minerals.

Its grasslands, wetlands, mountains, deserts, rainforests and marine areas are home to thousands of species of plants and animals. It is also a land of unparalleled natural beauty and its rainforests are an important storehouse of carbon. Its vast mineral and natural resources provide immense opportunities for economic growth, development and human well-being. The high economic growth of over 4.6 per cent witnessed in the region since 2004 is largely underpinned by the region’s environmental resources—oil exploration, improved agricultural performance, and tourism.

Africa is also a land of increasing population and rapidly changing land-use patterns—changes that have profound local, regional and global environmental signifi cance. Sustaining a reasonably high economic growth rate to match the human population growth rate coupled with ensuring the environmental and natural resources integrity is one of the key challenges being addressed by the New Partnership for Africa’s Development (NEPAD) through its action plan on the environment (Action Plan). The African Ministerial Conference on the Environment (AMCEN) which is the apex body on the environment is responsible for, inter alia, guiding regional institutions and member states in implementing the Action Plan. It is also responsible for creating an enabling environment for cooperation in cross-border natural resources management and sharing best practices among the countries.

To achieve this in a region which is undergoing rapid changes in its economic development and ecosystems, demands for a dynamic and credible information base. AMCEN is, therefore, very proud to launch the Africa: Atlas of Our Changing Environment, which is an evidence-based complementary publication of our fl agship publication, the Africa Environment Outlook (AEO). The AEO report series continue to provide signifi cant input to the AMCEN agenda and inform policy both at the regional and national levels.

AMCEN is indeed pleased to note that with the support of UNEP, all African countries were given opportunity to participate in production of the Atlas by identifying sites for analysis and reviewing the brief country profi les. As we reflect on each country’s progress towards achieving the Millennium Development Goal (MDG) 7 as presented in this Atlas, let us renew our political commitment to accelerate our efforts and ensure Africa’s path to sustainable development.

I would like to congratulate all the experts, AEO collaborating centres and development partners whose contribution has made this landmark publication possible. It is my sincere hope that what is documented in this report will inspire every reader into action. I wish you an enjoyable reading.

No comments were found for AFRICA: Atlas of our changing environment. Be the first to comment!