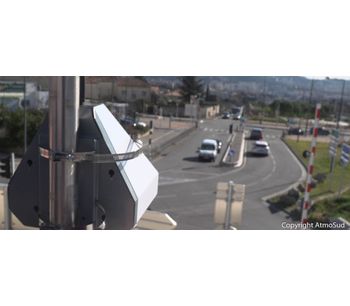 AQMesh network will be used to manage Marseille tunnel ventilation

Following a successful evaluation phase in 2018, AQMesh small sensor air quality monitoring ‘pods’ have been selected for use in a project to control the ventilation of a road tunnel in the city of Marseille.

Supported by the AtmoSud (AirPACA) local air quality monitoring network, the CETU (Tunnel Studies Centre) and AQMesh distributor Addair, eight AQMesh pods were installed in February 2019, monitoring nitrogen oxides NO and NO2, in an innovative experiment in one of the covered sections of the L2 ring road in Marseille. Called “Boreas project”, after legendary ‘dispersing’ winds, this study aims to use pollution measurements near tunnel entrances to activate in-tunnel fans.

Urban planning is increasingly routing vehicles underground. Although this approach eases air quality and noise at some locations – and overall reduces the level of pollution the population is exposed to – there is a risk that residents living close to the tunnel heads are actually exposed to higher concentrations of pollution as air is expelled from the tunnel.

The L2 ring road in Marseille consists of a succession of covered tunnels over 12Km in dense urban areas. The phased project at the Montolivet South tunnel heads will implement a system for the conditional triggering of in-tunnel fans to evaluate its impact on air quality in the zones adjacent to the nearest residents. This approach was tested in 2018, with micro-sensor readings compared at the AirPACA Kaddouze monitoring station. A first phase analyses the pollution without activation of the ventilation system, then a second phase with ventilation.

The aim is to determine the link between ventilation and dispersion of the pollution at the end of the tunnel and to determine the most effective protocol for activation of the ventilation systems based on real-time air quality levels, inside and outside the tunnel. Automated alerts for high NO2 levels are already in place. The feasibility of this approach will also be reviewed by analysing efficiency in terms of cost and energy consumption. In theory, the use of ventilation could improve the quality of air at the head of the tunnel. However, in some weather conditions this could simply displace the pollution and this forms part of the study – analysing the pollution concentration and dispersion in different meteorological and traffic conditions.

AQMesh has been used in other tunnel monitoring projects, including several in the UK, specifically to study ventilation efficiency in road tunnels where pollution can build up if sufficient air flow is not maintained. During the UK projects, AQMesh pods were also first co-located with a nearby reference station to ensure measurements were directly comparable.

The pods were then deployed at different positions within the tunnels and in ventilation ducts, studying how the concentration of pollution changed when air flows were adjusted in varying traffic scenarios. The pods were able to run for up to six months without any maintenance or calibration, despite the very high pollution levels recorded. The results obtained in these studies enabled optimisation of the ventilation settings and helped to reduce energy consumption whilst maintaining cleaner air for tunnel users and maintenance personnel.