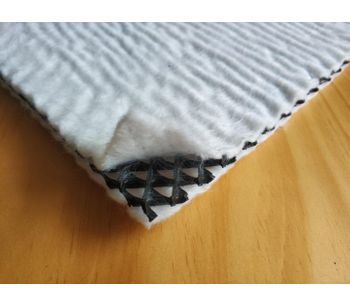 Besides Polyethylene Geomembrane, What is the Anti-seepage Material of the Landfill?

With the rapid development of my country’s social economy and the acceleration of the process of urbanization and industrialization, the resulting air pollution, solid waste pollution, and the generation of large amounts of domestic garbage have brought tremendous pressure to environmental protection. Especially with the continuous expansion of major cities, the urban population has increased due to urbanization, and the disposal of domestic waste has become a major issue for cities. At present, the waste treatment methods used in various places are nothing more than composting, incineration, landfilling, etc., and from the perspective of cheap practicality and avoiding secondary pollution, the landfill method is the most suitable one, and it is also used in various cities. One way.

The construction of the anti-seepage system of the landfill should not only consider anti-seepage but also have the functions of drainage and exhaust. The geomaterials used should include bentonite waterproof blankets, filament geotextiles, and composite drainage nets also to geomembranes, Geotechnical filter, etc. The anti-seepage design is generally like this:

landfill liner
After the construction of the entire base of the landfill is completed, a layer of bentonite waterproof blanket must be laid as a sealing layer. The design index is generally not less than 4800g/m2. Its function is to serve as the last barrier of the entire anti-seepage system. At the same time, it can isolate the infiltration of leachate from the upper layer.
After laying the bentonite waterproof blanket, lay a layer of 600g/m2 filament geotextile as a protective layer to protect the upper geomembrane. Some designs will omit this layer of geotextile and lay the geomembrane on the waterproof blanket.
Next, a layer of geomembrane will be laid. Generally, a 1.5mm or 2.0mm urban construction standard high-density polyethylene geomembrane will be designed as the main anti-seepage layer of the entire bottom anti-seepage system to prevent seepage of the entire landfill. Play a decisive role.
Lay a layer of 600g/m2 filament geotextile on the main anti-seepage layer as a protective layer to avoid direct contact between the upper leachate collection layer and the geomembrane, so on avoid damage to the geomembrane anti-seepage layer.
The design of the closed-site cover impermeable layer is the same as that of the bottom impermeable system. It is also laid in the order of bentonite waterproof blanket, filament geotextile (or not designed), high-density polyethylene geomembrane, and filament geotextile. The product specifications are also the same.
Also, the side slope diversion layer of the landfill site will also use composite drainage nets, geotechnical filters, and other materials to play the role of drainage and diversion, and prevent rainwater and surface water from entering the landfill in large quantities Inside.
With the continuous improvement of my country’s environmental governance system and the continuous enhancement of people’s awareness of environmental protection, the construction of municipal waste landfills will become more and more common, and the use of geosynthetics will also increase. Also to the quality of geotechnical materials, we must also pay attention to the construction requirements of each link, and each link cooperates with each other so that the anti-seepage can achieve the desired effect.

No comments were found for Besides Polyethylene Geomembrane, What is the Anti-seepage Material of the Landfill?. Be the first to comment!