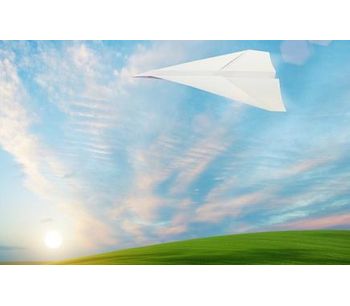 The first electric motor — conceived by Michael Faraday in 1821 — consisted of a metal wire hung next to a magnet lounging in a bath of liquid mercury, forming an electric circuit. When connected to a battery, the submerged end of the wire magically traced circles around the magnet. The primitive rig didn’t generate much power, but it proved that electrical energy could be transformed into mechanical energy by running an electric current through a magnetic field. Two centuries later, electric motors are ubiquitous, driving kitchen appliances, cars, ships and myriad other devices.

But now engineers are aiming higher. Backed by $4.8 million in new research grants from the U.S. Department of Energy’s Advanced Research Projects Agency-Energy (ARPA-E) division, a team at GE Research is seeking to design an electricity-driven propulsion system both powerful and light enough to keep aloft a 175,000-pound commercial airliner and its 175 passengers. “These are very hard things to do,” says Narendra Joshi, chief engineer for propulsion technologies at GE Research. “There’s materials technology, chemistry, electrochemistry, and electrical and mechanical engineering. And you have to make it robust enough to take the shock of landing and the vibrations.”

The airline industry has come a long way in terms of fuel efficiency. The amount of fuel burned per passenger has dropped 80% since 1960, thanks to new engines designed with tougher and lighter materials. But those savings, along with cheaper tickets, have also fueled passenger growth — to more than 1 billion fliers annually before the pandemic — which has offset the industry’s savings in net carbon emissions. True, the airlines and military have also tested and proven the feasibility of biofuels. But they can be twice as expensive as mineral fuels at this time and haven’t achieved commercial viability, thus sending aviation engineers to seek a different solution. “Now we need something fundamentally different to take the next leap,” says John Yagielski, senior principal engineer at GE’s Global Research Center in Niskayuna, New York.

That technical challenge is twofold, and both sides are daunting. The first element, part of ARPA-E’s REEACH initiative (for Range Extenders for Electric Aviation with Low Carbon and High Efficiency), focuses on how to convert a cleaner-burning biofuel into megawatts of electricity. The second, under the ASCEND program (Aviation-Class Synergistically Cooled Electric Motors with Integrated Drives), tackles how to turn that electrical energy into enough thrust to fly a 737-class commercial jet.

Backed by $4.8 million in new research grants from the U.S. Department of Energy’s Advanced Research Projects Agency-Energy (ARPA-E) division, a team at GE Research is seeking to design an electricity-driven propulsion system both powerful and light enough to keep aloft a 175,000-pound commercial airliner and its 175 passengers. Top and above images credit: Getty Images.

A traditional jet engine ignites jet fuel mixed with air to drive a massive fan upfront, which creates the bulk of the thrust that makes the plane soar and cruise. In the new configuration proposed by the GE team, an electric motor spins the fan to generate thrust. The power would come from a two-step process that combines a solid oxide fuel cell (SOFC) and a gas turbine, with both running on a plant-based, carbon-neutral fuel. (The fuel is carbon-neutral because it`s made from plants that absorbed atmospheric carbon. It produces no incremental CO2 when burned.)

In this theoretical design, the SOFC will be designed to mix gasified biofuel and compressed air to produce electricity and heat. The electricity will drive the motor spinning the engine fan. The heat exhaust and any excess fuel will do a second shift inside the gas turbine, where they will mix with more fuel to drive the turbine and further help spin another electric generator. “The reuse of SOFC exhaust is akin to a combined-cycle power plant, in which heat expelled from a gas turbine is used to drive a steam turbine,” Joshi explains.

The biggest hurdle with this theoretical hybrid design is how to get more power for far less weight. “The overall system efficiency will have to be better and will have to weigh significantly less,” Yagielski says. “We need to develop machines at aircraft propulsion power levels and reduce their specific weight by a factor of eight.” That means bringing various engineering disciplines to bear, he adds: “Our team is working five different technology areas simultaneously to make this happen.”

The beauty of the new system is that it will free plane designers from placing large engines under each wing and enable them to come up with new designs that might be more optimal for efficient flight. Drones already use six or more propellers, all powered by wires from a central source.  Says Joshi: “The concept is to use 10 or 15 of these 2-megawatt machines to drive an equal number of smaller fans distributed along the wing to produce the required thrust.”

The REEACH and ASCEND grants, covering roughly 18 months of research by 17 participants, are just the first leg of a long journey. “It’s about proving the feasibility of a number of these technologies and convincing ARPA-E to invest in building a complete prototype and testing it,” says Yagielski. “This is for aircraft in the 2050s.”

No comments were found for Catch and Release: This Hybrid System Could Help Reduce Aviation’s Carbon Emissions. Be the first to comment!