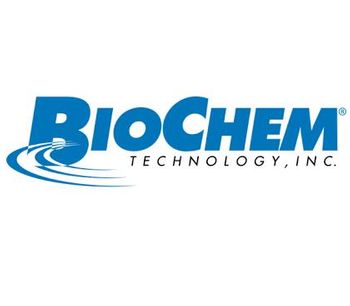 The upgrade of secondary wastewater treatment plants to meet stringent nutrient effluent standards often involves the application of non-traditional solutions. This includes both process unit selection and the tools provided to operate the facility. A two-stage, biological system was installed at this facility. The unique combination of traditional fixed film and an integrated fixed film activated sludge process capitalized on the existing infrastructure and reduced the cost of the expansion. A model-based digital solution was used to provide real-time process optimization and stable, precise, and accurate aeration control. The operating performance of the system has been as anticipated since the commissioning of the plant in 2012.

The City of Lebanon Authority (COLA) Wastewater Treatment Plant (WWTP), located in Lebanon, Pennsylvania, was upgraded in 2012 to meet the requirements of a new discharge permit. The plant discharges into the Chesapeake Bay watershed and, as part of its new discharge permit, the plant is limited to a total maximum daily load (TMDL) discharge of 146,117 pounds of total nitrogen (TN) per year and 19,482 pounds of total phosphorus (TP) per year. This corresponds to concentrations of 6.0 mg/L and 0.8 mg/L for TN and TP, respectively, at the 8.0 MGD design flow.

To meet these limitations, the plant was upgraded with an integrated fixed film activated sludge (IFAS) process and tertiary denitrification filters. As part of the IFAS process, an anoxic-aerobicanoxic-aerobic (AOAO) configuration was used with swing zones before and after the main aerobic zone for improved operational flexibility. The upgrade included Symphony aeration control and process optimization systems to assist plant operators in managing the secondary treatment process.

Gannett Fleming, Inc., was the design engineer for the upgrade project. The Gannett Fleming team, led by Fred Updegraff, PE, selected the IFAS process due to space restrictions on the site. By combining both attached and suspended growth in the same tank, the IFAS process can achieve higher treatment rates per unit volume compared to a conventional biological treatment process. Utilizing the IFAS process also allowed the plant to maintain its existing trickling filters for carbon removal. The use of the trickling filters increases the nitrification and denitrification capabilities of the second stage IFAS system by reducing the amount of carbon reducing heterotrophic bacteria growth on the IFAS media. The combined solution allowed for lower capital costs by reusing existing equipment and more effective IFAS process performance.

The management of carbon in a two-stage biological process particularly when the second stage is configured for denitrification is a challenge. For this application, high carbon removal in the upstream trickling filter system, particularly during summer operations, reduces the denitrification performance capabilities of the IFAS process due to insufficient carbon. This has the potential to increase the load on the tertiary denitrification filters and the corresponding cost for chemicals.

A bypass loop for primary effluent was provided to regulate the amount of carbon available for denitrification in the pre-anoxic zones in the IFAS process. To implement this design, Gannett Fleming consulted closely with BioChem Technology, Inc. (BioChem). BioChem applied a control system that would vary the amount of flow bypassing the trickling filters based upon the level of denitrification occurring in the IFAS process. This control system has been a critical tool for plant staff in successfully operating such a non-traditional process.

Solids treatment at the plant consists of anaerobic digestion with gas storage, centrifuges, and sludge drying. The dried sludge is distributed as a beneficial reuse product.

Stage two treatment is split into four identical, parallel trains. Each train consists of an anoxic zone, a swing zone, three IFAS zones, and a final swing zone. Internal mixed liquor recycle (IMLR) pumps return mixed liquor from the final swing zone back to the front of the train. The swing zones can be switched between anoxic or aerobic operation and are incorporated before and after the IFAS zones to enhance denitrification or nitrification as required by process conditions.

The carbon management bypass loop serves multiple functions. First, it reduces the amount of air that must be supplied to the secondary treatment process, saving aeration energy and money. Second, it reduces the amount of carbon consuming heterotrophic bacteria growth on the IFAS media. This allows for additional growth by ammonia removing autotrophic bacteria, increasing ammonia removal. And third, it ensures that carbon is not a rate limiting parameter for denitrification performance.

The BIOS and BACS automation systems or Intelligent Process Automation were installed to tackle the operational challenges. BioChem’s BIOS (Bioprocess Intelligent Optimization System) and BACS (Bioprocess Aeration Control System) provide integrated process and operational control of the entire secondary treatment process. The control system is unique in its use of model-based algorithms. These algorithms are customized to reflect the physical configuration of the plant. As a virtual digital twin, the controls execute using tactical process and operational commands in real-time. This model-based logic results in precise, accurate, and efficient automation performance

The process and instrumentation diagram of the secondary treatment process is shown below:

The control system integrates aeration control, ammonia control, and denitrification control into a single integrated solution that controls the effluent TN while minimizing the process energy consumption. The aeration intensity in the swing zones and IFAS zones is based upon the real time ammonia loading to the process, while the trickling filter bypass and internal recycle rates are varied to maximize denitrification in the anoxic zones, reducing the amount of methanol that would otherwise need to be added to the tertiary denitrification filter to achieve the effluent TN targets.

The aeration blowers are controlled on a total airflow basis, as opposed to a constant pressure basis. Combined with a dynamic most open valve control strategy, the blowers operate at the lowest possible pressure that will supply the required amount of airflow. This becomes especially important considering the combination of fine and coarse bubble diffusers on the same header and the large changes in pressure that occur when the fine bubble diffusers are switched on and off.

The control system employed at the plant has allowed the plant to efficiently meet its permit requirements while minimizing operating costs. It is estimated that the BIOS process optimization is saving 15% compared to using fixed DO setpoints, while the BACS aeration system is saving 10% compared to traditional PID based control. The operating efficiency has also reduced premature wear and tear on the mechanical equipment. Control commands occur every few minutes, not instantaneously as with conventional control solutions.

The BACS and BIOS control solution features self-tuning protocols. The control solution continues to perform without additional tuning since their original commissioning. The below graphs show the performance of BACS and BIOS in 2014 and on the same date 5 years later in 2019. As shown, the BACS controller is able to maintain the dissolved oxygen (DO) within ±0.5 mg/L 97.53% of the time more than 5 years past the original commissioning, while the BIOS controller continues to optimize the DO setpoints based on the ammonia treatment, all without the need for tuning!