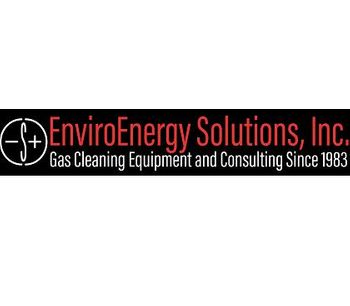 Marine industry in the past traditionally did not required any Air Pollution Control regulations for obvious reasons of locations of the ships in the open far from the residential areas and as the result the working conditions for the ships personnel where neglected as well as for passengers on the ships especially for such as cruise ships where population of passengers very dense.

The main sources of air pollution affecting personnel, passengers and environment in general are as follows:

It is important to note that depending on the wind directions the toxic particles and gases can find it way in to the space where people are congregating and into HVAC system and eventually into human lungs at the rate unacceptable by any regulations for the land-based systems.

Lately we have seen the drastic changes in the world for the Diesel Exhaust regulations such as International regulations (IMO Annex VI of MARPOL 73/78 ) are forbidding the use of Heavy Fuel Oil (3.5 – 4.5 % S w/w) starting January 1st 2020, unless ship is equipped with the Scrubber for SO2 removal to make the exhaust equivalent to the use of low sulfur fuel.

Also, unlike land based Scrubber system that are always struggling for the source of scrubbing water and expenses for the chemicals for SO2 scrubbing, the Ocean ships based scrubbers on the other hand have the ADVANTAGE of abundant amount of required cold and clean liquid and also natural alkalinity of ocean water.

As it was discovered during the tests [1] no scrubber in the world regardless of the design is capable of efficiently and economically (with low back pressure) removing such pollutants as:

In addition to the limited removal capability it is undisputed fact that even reflected in the official chart published by US EPA [2] that in order for any scrubber to remove those pollutants the pressure drop (or back pressure) should be at least 60 IN.W.C.. that will result in the loss of power for 30 MW engine around 1,110 KW or 3.7% of total power of the propulsion engine and thus waste of the fuel.

EES answer to the above problems is the technology called wet electrostatic precipitation (WESP) that originally was used as early as 1907 for removal of Sulfuric Acid from cooper smelting gas. EES has started using this technology 40 years ago for land-based APC systems and has developed it further using contemporary state of the Art protected by multiple US Patents [3]

It is important to note that in addition to the removal of Soot and Acid with efficiency of 99.9 % with back pressure only less than 1 IN.W.C. the latest Patented Technology by EES is also removing close to 50% of NOx due to the oxidation of NO portion by the High voltage Corona discharge in to NO2 follow by scrubbing action. [4]

In short, despite the use of energy for High voltage generation (about 1.3 kw per MW of diesel engine’s power) overall energy consumption is about 50 times lower for the same efficiency of sulfate particulate removal due to the dramatic difference in the back pressure.

Based on EES 40 years of experience in the land-based Air pollution control (APC) system design, fabrication and installation we are proposing custom built APC that is uniquely combining WESP and Scrubber Technology using Ocean water.

The following are the basis for EES superior specification for the WESP insuring compact design, longevity, high efficiency of removal for all toxic chemicals: [5]

Health officials have concluded in many cruise ships in which hundreds of cases of COVID 19 outbreaks have occurred, the reason for a substantial portion of these infections was airborne via the HVAC system of the ships. “Despite diligent hygiene measures implemented onboard inside these ships many of the infections occurred after passengers had isolated themselves inside their cabins.”

In case of COVID 19 Virus that is 0.1 micron in size and similar to the most of the industrial aerosols and soot particles from diesel engines it was a natural easy solution to adapt our established Technology for virus capture.

This is the case for our Patented Technology that was originally developed for gas cleaning of combustion engines. This Patented Process can be successfully applied to air cleaning and disinfection in Ventilation systems of Hospitals, Nursing Homes and Cruise ships.

Solid particles such as Viruses, Bacteria, Dust, Aerosols, and the like, are first charged in the Electrostatic Field by a Corona Discharge that takes place between sharp points located on the Ionizing Electrodes and walls of collecting tubes. During the high voltage discharge, high-energy electrons create several active substances collectively known as Cold Plasma.

It is important to note that Cold Plasma is one of the most powerful tools for air DESINFECTION ever devised by man. It destroys viruses and bacteria that most of the times are located on the surface of dust or liquid droplets that will be present when infected persons are coughing or sneezing.

Unlike conventional Electrostatic Filters of the two-stage design that have a short ionizing section with thin and frequently breaking wires followed by a large collecting section, Our filter is designed as horizontal tubular type with rigid solid metal ionizers that can withstand ALL environments.

The free radicals generated by our much higher corona current in the high voltage field are very effective for the removal of NOx, CO, Hydrocarbons (HC), Viruses and Bacteria. The charged, very fine particles of dust are agglomerated and collected on the collecting plates and can be removed by a wash system incorporated in the unit on either a periodical or continuous basis.

The main advantages of the proposed system are:

Clean and DISINFECTED odor-free cooled or heated Air leaves the system and is returned to the premises occupied by people.

The timing and cost of disposal to shore based facilities and the access at terminals and other restrictions have made option “2” less attractive. Oil and sewage sludge incineration may take place in main or auxiliary power plants or boilers, but not in ports or enclosed water.

Waste incineration onboard sea going ships is regulated by IMO MARPOL 73/78 Resolution MEPC.176(40), adopted 10 October 2008 and IMO MARPOL Annex VI, Chapter III Regulation 16 and Appendix IV – Requirements for Control of Emissions from Ships – Shipboard Incineration. All new Incinerators installed onboard a ship on or after 1st January 2000 require compliance with the above regulations and shall have IMO Type Approved Certificate. It is prohibited to incinerate:

Polyvinyl chlorides (PVCs) can only be incinerated in IMO type approved incinerators. In accordance with the Helsinki Convention, all ships are prohibited to use their incinerators whilst in the Baltic Sea area. See Attached “Clean Seas Guide Baltic States” for an overview of the regulations governing this area.

No comments were found for EES Scrubbing And Wesp Technology For Marine Industry. Be the first to comment!