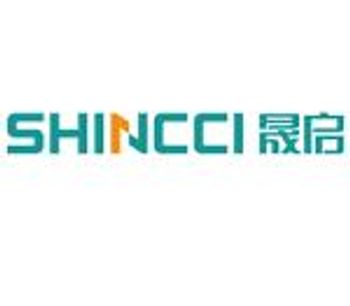 1. The characteristics of hospital sewage

Hospital waste water contains some special pollutants, such as drugs, disinfectants, diagnostic agents, detergents, and a large number of pathogenic microorganisms, parasite eggs and various viruses (such as roundworm eggs, hepatitis virus, tuberculosis and dysentery) . In addition, there are radioactive substances such as radium 226, phosphorus, gold 198, and iodine 131 in the sewage of hospitals with isotope clinics. Compared with industrial wastewater and domestic sewage, it has the characteristics of small water volume and strong pollution. If it is not properly treated and discharged, it will inevitably pollute the water source and spread diseases.

Biological oxidation process, also known as activated sludge process, is the most commonly used traditional treatment method for various sewage treatment. Using blast aeration, mechanical aeration, etc., a large number of filamentous bacteria and fungi in the sewage can be multiplied. These microorganisms have the ability to adsorb and oxidize harmful substances in the sewage, thereby reducing the COD and BOD of the sewage, so that the sewage can be purified. Some hospital sewage treatment plant also use both anaerobic and aerobic methods. That is, in the anaerobic process, anaerobic microorganisms multiply, nitrify and adsorb harmful substances in water. The disadvantage is that a large amount of activated sludge will be produced, and the sludge must be treated, which lengthens the treatment process, increases engineering costs, and causes secondary air pollution during the aeration process. There are many domestic examples in this regard, and the Fifth Hospital of Daqing City is one of them (rotary aeration method).

The chemical agent method is to put an appropriate amount of chemical agent into the sewage to oxidize the harmful substances in the sewage to achieve aggregation, adsorption and precipitation. This method has been gradually developed in the past 30 years after the traditional biochemical method.

The CASS pool has been reduced in volume but improved in effects through technological innovation and optimized design. This method continuously feeds water but does not aerate. The concentration of organic matter is very high, and it is in anoxic and anaerobic state, which inhibits the growth of aerobic bacteria and prevents the sludge from expanding. The main reaction zone is divided into two parts, anoxic and aerobic, and aeration, precipitation and water skimming are carried out periodically. No water enters in the sedimentation stage, which eliminates possible hydraulic interference and improves the sludge characteristics and effluent quality. It has stronger adaptability and better treatment effect in hospital sewage with large changes in water quality and quantity, whose composition is very complex, containing a variety of bacteria, viruses, parasite eggs and some harmful substances. It is really an ideal hospital sewage biochemical treatment method:

3.2.1 The characteristics of chlorine dioxide disinfection

Chlorine dioxide is a high-efficiency, broad-spectrum, safe, fast, multi-functional, long-lasting, convenient storage and use of sterilization and disinfectant. The United Nations World Health Organization (WHO) lists it as a safe disinfectant (A1) level , The US Environmental Protection Agency (EPA) and the US Food and Drug Administration (FDA) approved it to be used in hospitals, food processing and other departments.
Commercial chlorine dioxide products produced at home and abroad are mainly stable chlorine dioxide solutions, and there are also a small number of solid chlorine dioxide products such as slow-release groups, colloidal particles, and microencapsulated powders. In recent years, the chlorine dioxide method is very popular in the domestic sewage treatment industry, and it has a good effect in hospital sewage treatment.

Jiangsu Cancer Hospital is a tertiary A-level specialist hospital with more than 600 beds. The daily discharge of sewage is about 500t. Use a chemical chlorine dioxide generator to treat hospital sewage. The use of chlorine dioxide generator does not require biochemical treatment, so that the number of bacteria, COD and other indicators can meet the emission standards, which greatly saves the investment in hospital sewage treatment facilities and daily operating costs. The treated hospital sewage fully meets the discharge standards.

To determine the hospital sewage treatment process, not only must achieve the purpose of disinfection and sterilization, but also consider the water quality requirements for the discharge of sewage and the division of environmental functional zones of receiving waters. Hospital sewage should comply with the 'Water Pollutant Discharge Standards for Medical Institutions' (GB18466-2005), which puts forward higher requirements for hospital sewage treatment. According to standards and related requirements, the use of chemical chlorine dioxide disinfection or CASS process to treat hospital sewage can well adapt to this change. Compared with the corresponding treatment method, it has good effect, low investment, convenient management and low operating cost. , The technology is advanced and practical, and it is very competitive in technology and economy. It is the preferred method of integrating social, economic, environmental and ecological benefits in the current hospital sewage treatment.

No comments were found for Hospital Wastewater Treatment Process. Be the first to comment!