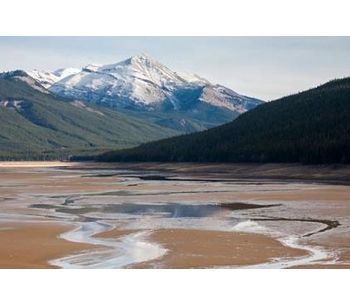 How can we prepare for climate change?

Moody’s-affiliated publisher Four Twenty Seven recently raised several red flags about credit risk and global climate change in a report titled, “Measuring What Matters: A New Approach to Assessing Sovereign Climate Risk.” It predicts that by 2040, flood or water stress will affect much of the world, including countries’ ability to repay debts.

Four Twenty Seven predicted that 2.2 billion to 3.6 billion people (28-41% of global population) will experience destructive floods by 2040, causing $78 trillion in losses (57% of current global GDP). Among other predictions:

Fortunately, the water sector has new, resilient tools and strategies available to mitigate some of the effects of climate change. Foremost among them are modular units for decentralized desalination and wastewater treatment, which places low-footprint plants adjacent to a water supply or need.

Storm surge, sea-level rise, and stormwater flooding from increasingly frequent and powerful cyclonic storms are known to cause groundwater contamination and saline intrusion, and a catastrophic storm hit can disable large central plants for months or years. Decentralized treatment systems, however, are designed to bounce back from climate shocks quickly.

For example, after a devastating hurricane, one Fluence decentralized MABR plant serving a small Caribbean town was quickly back in service on generator power while the rest of the island waited months for the central plant to come back online. Now MABR technology is available as modular Aspiral units, which are packaged in hurricane-resistant, steel shipping containers.

When aquifers become brackish through saline intrusion, their water can be desalinated even more efficiently than seawater. And if drought lasts long enough to become an emergency, modular desalination now deploys with enough speed to head off a crisis anywhere there is available brackish water or seawater.

The Role of Water Reuse

Simple disposal of wastewater in water-stressed regions no longer makes sense. Water reuse is now a working reality for agricultural irrigation and other nonpotable applications, and even for providing drinking water. For example, Australia now replenishes its rivers with highly treated effluent derived from wastewater, and the city of Perth safely recharges its groundwater partially with highly treated effluent from its sewer system.

In water-stressed Jakarta, Indonesia, rising sea levels and subsidence from groundwater depletion are causing the city to literally sink into the sea. When depleted aquifers collapse, they also no longer store as much water, and monsoon rains that should percolate into the aquifer become floods. Managed aquifer recharge (MAR) has the benefits of storing more water for use while arresting land subsidence and its damage to buildings and infrastructure.

So, while Four Twenty Seven paints a troubling picture, there are many mature strategies and new technologies ready to serve, and the future will likely reward those who prepare ahead. Contact Fluence to explore how our resilient, modular desalination and wastewater treatment units can buffer your climate risk anywhere a shipping container can go.

No comments were found for How can we prepare for climate change?. Be the first to comment!