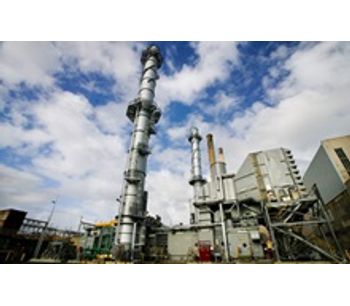 In 2006, Verve Energy had, through the asset management department of Kwinana Power Station, contracted a consultancy company for advice on their antifouling methodology for its cooling water system. This has been done by optimizing its chlorination procedure by means of implementation of the Pulse-Chlorination® principle. Onset for the project was the commissioning of station Cockburn Stage 1 (CKB Stage 1). To implement Pulse-Chlorination, a series of tests needed to be conducted on-site. The main purpose of these tests was to determine the most effective chlorine dosing intervals and concentration to mitigate mussel fouling.

The advised Pulse-Chlorination regime had been implemented by Verve Energy during spring 2006. During the first year of implementation, several inspections of the cooling water system have been carried out by divers. From the observations by the divers and the results of the inspection of the condensers in August 2007, it could be concluded that the advised Pulse-Chlorination regime was effective against macro fouling at Kwinana Stage C and CKB Stage 1. These results were confirmed by the results gained from the Biofouling Monitors which monitored the efficacy of the chlorination throughout this period.

During the inspections of the cooling water intake channels, some growth of mussels was noticed in the first part of the channels and the rest of the cooling system was clean. It was found that this was the result of inadequate mixing of hypochlorite with seawater that enters the cooling water intake channels. To improve the effectiveness of hypochlorite dosing, a new chlorine dosing structure is being redesigned and optimised by applying Computational Fluid Dynamics (CFD) modeling of the injection interface to ensure optimal mixing.

The aim of this project was to achieve an effective dosing regime for the CKB-1 and KPS Stage C power stations, as an alternative to heat treatment. Therefore, the technical possibilities hereto were investigated.\

A full article had been published on this:

Please contact us and we will send you the full article.

No comments were found for Kwinana Power Plant - optimizing chlorination procedure. Be the first to comment!