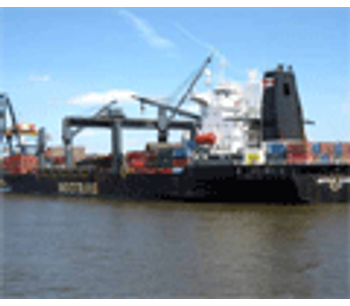 Waste without borders: Zhang Guofu, 35, makes EUR 700 a month, a huge wage in provincial China, sifting through waste that includes shopping bags from a British supermarket chain and English-language DVDs. The truth is that waste placed in a bin in London, can quite easily end up 5 000 miles away in a recycling factory in China's Pearl River delta. Waste of all descriptions is on the move. Increasing amounts, especially of waste paper, plastics and metals are being shipped from developed countries to countries where environmental standards are less stringent. Huge ships steam around the high seas everyday carrying goods from emerging markets in Asia to the West. Rather than sail back empty, and needing something to provide ballast, the ship owners are only too happy to take waste products from Europe to be recycled back in Asia.

That does not mean that shipments of waste are not regulated. Both the UN and the EU have strict rules on what can be shipped where. At the global level international trade of 'hazardous wastes' (waste that is potentially dangerous for people or the environment) is regulated by the UN's Basel Convention.

The ban contained in this Convention has not been signed by enough countries to bring it into force globally. However, the EU does have restrictions in place and only allows ' hazardous waste' be exported to 'developed countries' where the necessary technologies exist and sufficient safety and environmental laws are in place. A 'developed country', for the purpose of the restrictions, is defined as a member of the Organisation of Economic Co-operation and Development ( OECD).

The EU's long term aim is that each Member State should dispose of its own waste domestically (the 'proximity principle'). However, as shipments of hazardous and problematic waste for disposal from EU Member States nearly quadrupled between 1997 to 2005, this aim has yet to be fulfilled.

The factors driving the export and import of waste vary: availability of special treatment technology; a shortage of materials; differences in prices for disposal or recovery.

EU policy, setting targets for recycling, also leads to waste shipments from Member States who cannot meet their targets at home. The volumes of waste on the market keep costs low for a country like China, which needs cheap raw materials. As long as this waste is not for disposal at its destination and does not contain hazardous materials, it is deemed to be an acceptable trade.

Is your old TV better travelled than you are?
Europe has a body of legislation in place regarding the shipment of hazardous and problematic waste. However, further evidence is required as to the effectiveness of the legislation in terms of easing pressure on the environment.

Electronic waste, which is considered hazardous, is an important case. In Africa and Asia it is often dismantled with little or no personal protection equipment or pollution control measures. Components are often burnt in the open to retrieve metals and fly ash particulates laden with heavy metals and other toxic materials are usually emitted, resulting in increased human exposure, as well as contamination of food, soil, and surface water.

We do not have a clear picture when it comes to waste electrical and electronic equipment ( WEEE) shipped within and out of the EU partly because ambiguous codes are used for the reporting of shipments of electronic waste. It is difficult to tell if a television is being exported as a second hand device, which is acceptable or as waste for disposal, which is not. In general, export of WEEE from the EU to non-OECD countries is prohibited. However, the export of a TV that still works is perfectly acceptable.

There have been well documented cases that break this ban. Indeed, it appears that a significant portion of the exported used television sets, computers, monitors and telephones to non-OECD countries are waste purchased with the intentions of retrieving the components and elements mentioned above.

If the EU cannot sufficiently enforce its own prohibition on exporting WEEE to non-OECD countries, this could seriously undermine the ratification of the ban at the global level under the Basel Convention.

Tracking down good data on electric and electronic waste

Despite the difficulties associated with finding, checking and analysing data on waste, the EEA in partnership with the 'European Topic Centre on Resource and Waste management' has carried out an analysis of shipments of waste from the EU to other regions.

Using European trade statistics it is possible to identify the amounts, size and value of export of used electronic and electrical products shipped from the EU to other regions ( Figure 1).

In 2005, more than 15 000 tonnes of colour television sets were exported from the EU to African countries. In Nigeria, Ghana and Egypt alone about 1 000 TV sets arrived every day. The average value of exported colour television sets to Africa is very low: for Africa as a whole the price per unit was EUR 64 and EUR 28 on average for the three countries mentioned above. In comparison, TV sets traded within Europe have an average value of EUR 350.

The low value per unit for TV sets sent to Africa suggests that many of these exports are in fact used products, much of which is likely to be waste.

As these figures are for television sets only, the total export of used computers, mobile phones, CD players etc. to these regions is expected to be significantly higher. This suggests that the EU ban on the trade of hazardous waste with non-OECD countries is being broken.

Figure 1: Export of colour television sets from the EU-25 to Africa, Asia, the Middle East, United States and other European countries, 2005

Non-hazardous waste
Between 1995 and 2007 (Figure 2), shipments of non-hazardous waste such as paper, plastic and metals shipped out of the EU also increased dramatically, mostly to Asia, particularly China.

The amount of waste paper exported to Asia increased by a factor of ten. For plastics the increase has been a factor of eleven and for metals a factor of five. The shipped waste has also increased within the EU, but at much lower level.

Figure 2: Developments in shipments of paper waste as an example of non-hazardous wastes out and within the EU from 1995 to 2007

Driving forces behind recycling
For over a decade, the cost of raw materials has been very high and this, in turn, has increased the value of secondary raw materials reclaimed through recycling.

Waste metals, paper, plastics and other waste materials from Europe are feeding the booming Asian economy, which cannot be met by 'virgin' material.

EU legislation (such as the Packaging Directive) requiring Member States to achieve levels of recycling, also indirectly encourage the shipment of waste material for recycling.

The EU requirements for specific recycling rates have led to increasing amounts of recyclable waste materials on the market. For example, the amount of paper and cardboard 'packaging waste' that is recycled increased from about 24 to 30 million tonnes between 1997 and 2005. The amount of plastic packaging recycled has increased from about 10 to 14 million tonnes in the same period. Is it good for the environment?

In general, recycling therefore contributes substantially to the reduction of energy-related emissions of CO 2 and other environmental pressures.

However, because we often don't know what happens to waste after it has left a European port, we cannot say whether an individual shipment, and thus shipments in general, are good or bad for the environment.

Looking ahead
Within the EU, transboundary shipments of waste for disposal, as well as 'hazardous and problematic' waste for recovery, must be notified to the national authorities. This 'national' notification is very detailed. However, a summarised version of the data on the shipments is all that is passed onto the European Commission, so the overview at an EU level is unclear.

If more detailed information, especially on the types of waste shipped, were reported, the overview would allow a much better assessment of the environmental and economic consequences of the shipments. It could help us to tell whether waste shipments are driven by better treatment options, greater capacity or effective pricing. We would better understand the role of lower standards, missing legislation and poorer enforcement as drivers of shipments to less developed regions. A clearer view of legal shipments at the EU-level would also give a better indication of illegal shipments.

As this level of reporting is already going on at national levels — many countries already generate more detailed national statistics on import and export of waste — the increased reporting would not increase significantly the burden on the Members States.

No comments were found for Not in my back yard — international shipments of waste and the environment. Be the first to comment!