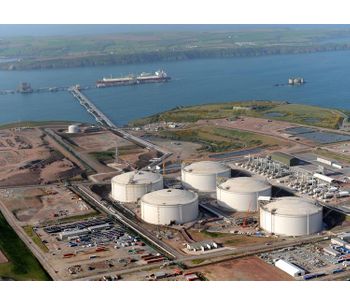 To maintain a reliable and efficient operation of seawater cooling systems, a biocide must be added to prevent settlement and growth of marine fouling species, both macro- and microfouling. Worldwide, the typical industry practice in coastal areas includes continuous chlorination of the seawater with periodic shock dosing. However, this practice is not based on ecotoxicological data of targeted species, but is generally based on a post-hoc observatio n of antifouling efficiency or performed as an attempt to meet the discharge limits of residual biocide concentrations. Shock dosing is applied in the erroneous notion that it prevents fouling species from adapting to continuous chlorination. Such typical dosing procedures are practiced not only in the Arabian Gulf, but also at numerous locations elsewhere in the world. Therefore, opportunities exist for science-based decisions to optimize site-specific biocide dosing regimes, that enable cost-efficient and reliable fouling control while complying to stringent regulatory discharge limits.

Qatargas Operating Company Limited (Qatargas) was established in 1984 and pioneered the Liquefied Natural Gas (LNG) industry in Qatar, with Qatargas 1 (which now includes Trains 1-3) commencing operations in 1996. Today, Qatargas is the largest LNG producing company in the world, with a total LNG production capacity of 42 million tonnes per year (MTA).

Previous to the implementation of Pulse-Chlorination fouling was observed. The picture below shows a strainer containing recently dead oysters, their shells all brownish coloured which is their natural colour. The left photograph shows significant amounts of adult shells at the base of the removed strainer and the close up picture at the right side demonstrates the ability of juvenile oysters to create an increased pressure differential by completely blocking a strainer mesh.

CHALLENGE
The Qatar Ministry of the Environment (MoE) had required a free residual chlorine limit in cooling seawater discharges of 0.1 mg/L, that was lowered to 0.05 mg/L in the Executive By-Laws of 2005 of the Environment Law 2002. The MoE was concerned about the environmental effect from cooling seawater chlorination on the local marine environment. In addition, the formation of CBPs through the excessive use of sodium hypochlorite has been cited as a cause for concern. The residual biocidal effects of 0.05 mg/L is known to be tolerable to many fouling species and therefore plant operations run the risk of decreased effectiveness of their seawater cooling water management systems’ availability for cooling purposes

SOLUTION
A full article had been published on this:
RESULTS AND BENEFITS OF THE ADOPTION OF PULSE-CHLORINATION® FOR INDUSTRIAL COOLING SEAWATER ANTIFOULING AT QATARGAS, RAS LAFFAN INDUSTRIAL CITY, QATAR

Please contact us and we will send you the full article.

As a result of the successful implementation of the technology at Qatargas, the Qatar Ministry of Environment has concurred with Qatargas to acknowledge our technology as a method to control biological fouling in it’s sea water cooling system and satisfying regulatory concerns over the use of hypochlorite in once through seawater cooling water systems. This acknowledgement supports Pulse Chlorination® (now Ecodosing™) as an accepted dosing method to meet the strict chlorine discharge regulations in Qatar. The implementation at Qatargas was also recognized in respect to the environmental benefits and it was awarded with the ‘Excellence in Environmental Technology’ category at the RESCO Offshore Arabia 2009 Conference.

No comments were found for Qatargas - Mantaining reliable and efficient operation of seawater cooling water systems. Be the first to comment!