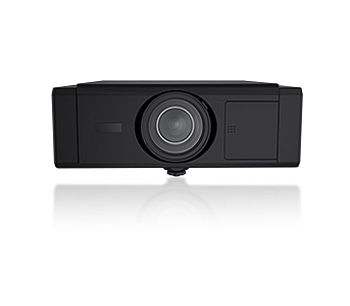 The difference between DLP and 3LCD projector

At present, the mainstream projectors on the market are mainly divided into DLP projectors and LCD projectors, and CRT projectors have been eliminated, but most people do not know much about these two types of projectors. We analyze the characteristics of the two projectors.

DLP is the abbreviation of English Digital Light Processor, translated as digital light processor. The DLP 3lcd uses a DMD (Digital Micromirror Device) digital micro-reflector as a light valve imaging device. The technology of DLP projectors is reflective projection technology. For applications of reflective DMD devices, DLP projectors have the advantage of reflection, excellent contrast and uniformity, high image clarity, uniform image, sharp color, and image noise disappear, the picture quality is stable, and accurate digital images can be reproduced continuously. And it will last forever. DLP projectors can be divided into: single-chip, two-chip, three-chip. The red, green and blue of the DMD digital signal are rotated in sequence. The small mirror is turned on or off according to the position and color of the pixel. At this time, the DLP can be regarded as a simple optical path system composed of only one light source and a set of projection lenses. The reflected image of the DMD is projected directly onto the screen, so that a vivid and bright presentation is presented to us.

Since a conventional DLP projector uses a DMD chip, the most obvious advantage is that the projector is compact and compact. All the mini projectors under 1.5 kg on the market are DLP type, and most LCD projectors should exceed 2.5 kg. Another advantage of the DLP projector is that the image is smooth and the contrast is large. These video advantages make it the preferred choice in the home theater world. Has a higher contrast. The contrast of the LCD projector is low, the visual impact of the screen is strong, there is no pixel structure, and the image is natural. Another advantage of DLP projectors is the weak graininess. In the SVGA (800×600) format resolution, the pixel structure of the DLP projector is weaker than that of the LCD. As long as the relative visual distance and the projected image size are adjusted properly, the pixel structure is not seen. Long life and good image quality: The reflection technology makes the DMD chip absorb less energy, and because of the use of semiconductor devices, the high-temperature resistance is good, and the picture will not be significantly deteriorated after long-term use.

The light source in the liquid crystal projector is a metal halide lamp or a UHP (cold light source), which emits bright white light. After passing through a beam splitter in the optical path system, the white light is decomposed into the light of three elements of RGB (red, green, blue). The light of the three elements of RGB passes through the liquid crystal at a precise position. At this time, each liquid crystal acts like a light valve, controlling the passage of light in each liquid crystal and the amount of light passing through it. The light of the three elements is like this. The lens of the projector is accurately projected onto the screen. Which color are the color and the intensity of the light is distributed properly? In this way, an image of a colorful color constituting the same as the source image is projected on the screen. Ordinary LCD projectors have many advantages such as good color, price advantage and uniform brightness.

The obvious disadvantage of LCD projectors is that the black level is too poor and the contrast is not very high. The black color of the LCD projector always looks gray, and the shadows appear dark and without detail. This is very unsuitable for playing a movie like a movie. It is not very different from a DLP projector for text. The second drawback is that the screenshot by the LCD projector can see the pixel structure, and the viewer seems to be watching the picture through the pane. The SVGA (800×600) format LCD projector can clearly see the pixel grid regardless of the size of the screen image, unless a higher resolution product is used.

At present, the market share of DLP projectors is not as good as that of the main LCD projectors. However, as a new type of projector products, in terms of technology and application market, compared with LCD projection technology, the biggest advantage of DLP projection is that it has high resolution. With high brightness and other advantages, the image is sharper and sharper, the black and white are more pure, the gray level is more abundant, and the size is smaller and the weight is lighter. The price of a DLP projector is slightly more expensive, but it is slightly worse in color performance.

Shanghai DIDON Industrial is one of the leading laser projector suppliers in the industry. Our products include laser projectors, HDBaseT Extender, video processor. We sincerely invite and welcome people from all around the world to invest and create more values together.