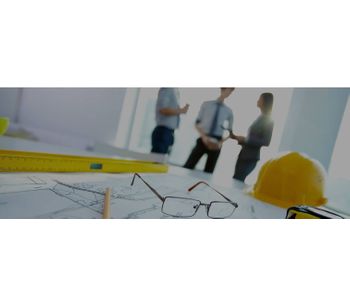 In early 2016, the US Environmental Protection Association (EPA) published the QuadOa regulations, designed to reduce the level of greenhouse gases (GHG) released into the atmosphere by the oil and gas industry. In early 2017, the implementation of these regulations is far less clear.

Nonetheless, some clarity remains. Natural gas’s reputation as the ‘clean’ fossil fuel has been earned because it emits around half of the CO2 and significantly less soot, sulphur, and other particulates than burning coal. But this ignores the problem of methane – a powerful greenhouse pollutant that has been analysed to be more than 80 times more potent than carbon dioxide for the first 20 years after it is emitted.

In April 2015, analysis conducted by the Rhodium Group and commissioned by EdF showed that:

With shale gas fundamentally altering the shape of the American energy market, and natural gas being promoted as the bridge to a low-carbon future, it’s an important energy source that can ill-afford to be wasted. But until methane emissions are fully measured, monitored, controlled and reduced, the position of natural gas as a ‘greener’ substitute for coal and oil – which is a large part of its appeal – is open to serious question.

Given the Rhodium Group’s findings, developing a systematic approach to reducing methane emissions is in the best interests of oil and gas operators from both a safety and cost perspective. It is also beneficial for their customers, their shareholders, and the communities in which they operate – regardless of regulatory drivers.

This is something that national and super-national regulators have long recognised, as have the organisations they oversee. A few months after the EPA published its QuadOa regulations, the five Nordic states in Europe committed to developing a global target to reduce oil and gas methane emissions.

Mexico and Canada have both committed to reducing methane emissions by 45%, while companies such as BP, Engie, ENI, Repsol, Saudi Aramco, Statoil and Total have all followed up their expressed concerns about methane with monitoring for emissions and disclosing information. Within the US itself, regulation regarding methane emissions is stronger in individual states such as California, Colorado and Wyoming than it is at the federal level.

For reasons of public safety, environmental protection and operational efficiency, the consensus within the oil and gas industry is that methane emissions must be better controlled. This includes both planned releases of gas and unplanned emissions in the form of leaks, and requires a three-pronged approach:

The first is to build or modify systems, such that they emit less and prevent losses. Where burning off excess gas from vents was once standard practice, we are now seeing more new and modified plants incorporating vapour recovery systems that use the excess gas for pneumatic pumps and valves.

The second step is to ensure that new systems are designed in such a way that continuous monitoring and catastrophe prevention is in place to avoid serious events, such as the 100,000 ton methane leak from a natural-gas system in Aliso Canyon, Los Angeles in 2015.

The third is to manage repairs more effectively. In any process facility where there are hundreds if not thousands of connections, seals and vents, a gas leak of some kind is inevitable. Leak detection and repair (LDAR) systems that enable early identification and swift mitigating action in hazardous environments are essential. Aliso Canyon was a big story, but the far more common culprit is a faulty valve on a well-side storage tank, which, once spotted, may be simply fixed with a spanner.

Whereas the first two steps above are concerned with long-term investment and system design, the third is a much quicker and easier step to address. Much of the existing regulation around gas emissions and gas leak detection are based on a series of protocols known as Method 21. These require operators to use ‘sniffers’ – devices that use a physical or chemical reaction to identify the presence of leaked gas.

Sniffers are excellent for routine inspections of known trouble spots – as is often mandated in the regulations. What sniffers don’t do is identify the source of a leak, particularly when it comes from an unexpected source.

However, since 2008, operators have been including optical gas imaging (OGI) in their maintenance and operational regimes, particularly in hazardous locations, to great effect. Using an infrared thermalimaging camera, these portable and remote OGI devices can enable operators to safely identify specific hydrocarbons from their unique electro-magnetic radiation absorption rates – and hence observe any plumes of leaking methane and their exact sources, even when the parts per million rate is relatively low.

There is a growing body of evidence that shows that OGI methods can safely capture the vast majority of emissions in a fraction of the time taken by other more labor-intensive methods. OGI can also be used to verify that any given leak has been fixed.

OGI is so effective, that it has now been defined within the standards for LDAR adopted by the Netherlands – which in turn is a template for the rest of the European Union. In Taiwan, regulations mirror those in the US, in that they require Method 21, but also include OGI. Similar OGI-focused regulation is also coming to China and Canada. For truly global firms, implementing a standard OGI solution across worldwide operations is the smart thing to do to ensure safe, efficient and cost-effective operations.

Even if the QuadOa regulations get watered down or lack full enforcement, safety and operational efficiency concerns still make OGI a shrewd choice. What’s more, the existing regulation 325 will make emission line fencing mandatory. Operators will need a virtual ‘fence’ of remote sensing and optical devices that can pick up the existence of pollutants outside the premises of their facilities. The regulations don’t require that OGI devices be used, but if the presence of contaminants is detected, the next step will be to find the source: a job for which OGI cameras are ideally suited.

In an interesting twist, the actions of the new administration in Washington may in fact encourage the use of OGI more quickly. To date, much of the EPA’s regulation has been committed to labor-intensive sniffers and Method 21, often to the disadvantage of operators with remote or hazardous sites, for which sniffers are not appropriate.

With its promises to reduce regulatory burdens and boost industrial growth in the US, the new government could also look for ways to ease the burden of current LDAR programs, while still maintaining the public protection that citizens demand. Being cost effective and flexible in their deployment, OGI devices would allow operators to capture the majority of leaks more quickly and more efficiently than current practice allows, thus making operations much safer.

Predicting the future is a thankless task. But even as details change, LDAR is likely to remain and be implemented by countries worldwide. And with oil prices still at the lower end of the curve, margins are tough to maintain and profits are hard won. In these circumstances, OGI is the common-sense, cost effective technology to help enhance operations, maintain safety records, and avoid major pollution.

No comments were found for The Global Oil and Gas Methane Emission Debate – The OGI Angle. Be the first to comment!