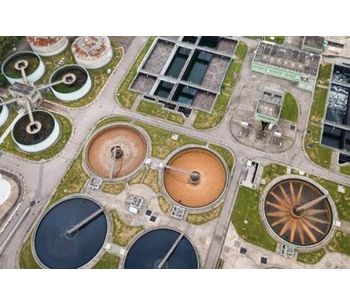 Some industries generate atmospheric emissions with compounds that emit intense and unpleasant odors. The most common are usually sulfur compounds; for example: mercaptans, hydrogen sulfide, and also nitrogenous compounds such as amines and ammonia.

One of the industrial sectors most affected by the problem of odors are the urban waste treatment industries and wastewater treatment plants, since the degradation of organic matter generates these compounds with unpleasant odours. However, it also often occurs in the chemical, petrochemical and food production industries.

The most suitable technological solution

These unpleasant odours can be eliminated with technologies whose objective is to transform the gaseous compound into a liquid or solid fluid. Such technologies are: Scrubbers, activated carbon filters, adsorption or biofiltration towers.

A Scrubber is a system designed to treat gases that should not be released into the atmosphere. It consists of a packed column where the polluted gas is treated by exposing it to a liquid (generally countercurrent) that adsorbs the pollutant. It is a non-destructive technology. In addition to the tower, the scrubbing system also incorporates a column in which the adsorbent liquid and the gas to be treated are recirculated countercurrently, as well as a recirculation pump to recirculate the adsorbent solution. Usually a collection tank is also installed and at regular intervals the solution must be purged as the neutralized substances accumulate. Using a level control system, water and adsorbent liquid are added to continue the adsorption process.

Since scrubber systems operate at room temperature, if the process gas reaches a high temperature (above 100ºC-150ºC), it will need to be cooled. This is usually done by a device called a “quench”, which is located upstream of the scrubber. A quench consists of an unpacked column where the gas comes into contact with the neutralization solution that will later be used in the scrubber. This performs an initial neutralization and also serves to cool the process gas.

Active carbon filters are adsorption systems that capture and adsorb pollutants from the process gas, which adhere to the surface of the activated carbon. The gas passes through a fixed bed of activated carbon and adheres to the pores on the surface. The large transfer area per unit volume facilitates the adsorption of the contaminant.

How does an active carbon filter work? The polluted gas passes through the carbon bed. As it passes, contaminants adhere to the filter surface, cleaning the process gas. Consequently, over time the activated carbon becomes saturated and when it reaches its maximum adsorption capacity it must be desorbed in order to be used again. To avoid stopping the process, normally two adsorption columns are used, one of which performs adsorption and the other, desorption.

No matter the magnitude or complexity of the problem, with Tecam you will always have a technology partner who will provide you with the solutions you need at all times.

No comments were found for Treatment of emissions that generate unpleasant odours. Be the first to comment!