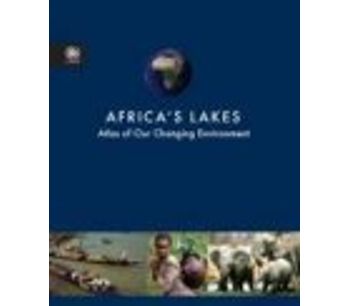 The dramatic and, in some cases damaging environmental changes sweeping Africa’s lakes are brought into sharp focus in a new atlas. Produced by the United Nations Environment Programme (UNEP), the Atlas of African Lakes compares and contrasts spectacular satellite images of the past few decades with contemporary ones.

The Atlas covers the rapid shrinking of Lake Songor in Ghana, partly as a result of intensive salt production, and the extraordinary changes in the Zambezi river system as a result of the building of the Cabora Basa dam site, beside more familiar images of the near 90 per cent shrinkage of Lake
Chad.

Other impacts, some natural and some human-made and which can only be truly appreciated from space, include the extensive deforestation around Lake Nakuru in Kenya.

Satellite measurements, detailing the falling water levels of Lake Victoria are also mapped. Africa’s largest freshwater lake is now about a meter lower than it was in the early 1990s.

No comments were found for Africa"s Lakes : Atlas of Our Changing Environment. Be the first to comment!