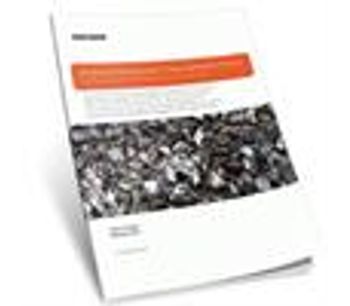 Mining developer American Manganese is preparing to produce electrolytic manganese metal with dramatically less power and water. Possible? What are the company's chances of success? Might it indeed impact the market for manganese—critical for steel, lithium ion batteries and other cleantech products?

Beyond its use in steel, the little-known metal manganese is a critical component in electric vehicles and consumer technologies, where it can improve performance and extend the life and range of the battery technologies these industries require.

As potentially the sole North American producer of electrolytic manganese, American Manganese Inc. (TSX.V: AMY; Pink Sheets: AMYZF; Frankfurt: 2AM) should have no difficulty finding offtakers for its product if its Artillery Peak mine in Arizona enters production in 2014 as scheduled.

The company has developed what it believes is a cleaner and more efficient approach to producing the metal, aiming to be a lowest cost producer. Does the company`s new process indeed offer substantial energy and water efficiencies, and cleaner tailing and waste handling as claimed? How would these efficiencies affect the economics of the company`s end-product? Could the firm set a new global standard in manganese production, and perhaps the production of other critical metals?

No comments were found for American Manganese`s Clean Extraction Process. Be the first to comment!