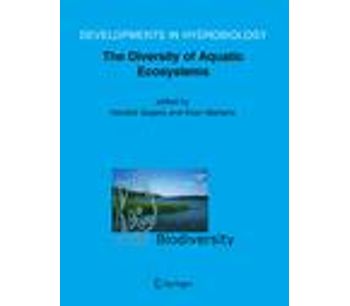 0
Share Share with Facebook Share with Tweeter Share with LinkedIn
Jan. 1, 1900
Water is Life. Freshwater is one of the most valuable commodities on our planet, and this resource should be managed in a sustainable way. Yet, we are less than careful in the way we use water and many of our non-marine, aquatic habitats are threatened by anthropogenic impacts. Eutrophication, for example, could well turn into one of the major social as well as economic problems of the 21st century. Reduction of water quality also has a profound effect on the biota that depend on these water bodies, such as micro-organisms, plants and animals. Freshwater Biodiversity is a much underestimated component of global biodiversity, both in its diversity and in its potential to act as models for fundamental research in evolutionary biology and ecosystem studies. Freshwater organisms also reflect quality of water bodies and can thus be used to monitor changes in ecosystem health. The present book deals with all of these aspects of Aquatic Biodiversity. It comprises a unique collection of primary research papers spanning a wide range of topics in aquatic biodiversity studies, and including a first global assessment of specific diversity of freshwater animals. The book also presents a section on the interaction between scientists and science policy managers. A target opinion paper lists priorities in aquatic biodiversity research for the next decade and several reactions from distinguished scientists discuss the relevance of these items from different points of view: fundamental ecology, taxonomy and systematics, needs of developing countries, present-day biodiversity policy at European and at global scales. It is believed that such a platform for the interaction between science and science policy is an absolute necessity for the efficient use of research budgets in the future.

No comments were found for Aquatic Biodiversity II. Be the first to comment!