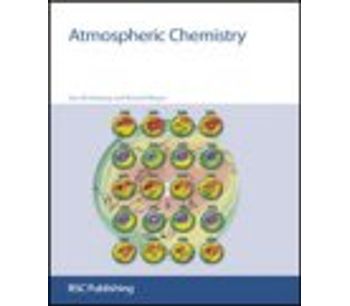 Atmospheric Chemistry provides readers with a basic knowledge of the chemistry of Earth's atmosphere, and an understanding of the role that chemical transformations play in this vital part of our environment. The composition of the 'natural' atmosphere (troposphere, stratosphere and mesosphere) is described in terms of the physical and chemical cycles that govern the behaviour of the major and the many minor species present, and of the atmospheric lifetimes of those species. An extension of these ideas leads to a discussion of the impacts of Man's activities on the atmosphere, and to an understanding of some of the most important environmental issues of our time. One thread of the book explains how living organisms alter the composition and pressures in the atmosphere, modify temperatures, and change the intensity and wavelength-distribution of light arriving from the Sun.

Meanwhile, the living organisms on Earth have depended on these very same environmental conditions being satisfactory for the maintenance and evolution of life. There thus appear to be two-way interactions between life and the atmosphere. Man, just one species of living organism, has developed an unfortunate ability to interfere with the feedbacks that seem to have maintained the atmosphere to be supportive of surface life for more than 3.5 billion years.

This book will help chemists to understand the background to the problems that arise from such interference. The structure of the book and the development of the subject deviate somewhat from those usually encountered. Important and recurring concepts are presented in outline first, before more detailed discussions of the atmospheric behaviour of specific chemical species. Examples of such themes are the sources and sinks of trace gases, and their budgets and lifetimes. That is, the emphasis is initially on the principles of the subject, with the finer points emerging at later points in the book, sometimes in several successive chapters. In this way, some of the core material gets repeated exposure, but in new ways and in new contexts. The book is written at a level that makes it accessible to undergraduate chemists, and in a manner that should make it interesting to them.

However, the material presented forms a solid base for those who are extending their studies to a higher level, and it will also provide non-specialists with the background to an understanding of Man`s several and varied threats to the atmosphere. Well-informed citizens can then better assess measures proposed to prevent or alleviate the potential damage, and policy makers more realistically formulate the necessary controls on a sound scientific foundation.

No comments were found for Atmospheric Chemistry. Be the first to comment!