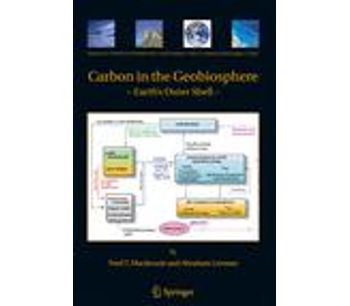 0
Share Share with Facebook Share with Tweeter Share with LinkedIn
Jan. 1, 1900
Carbon and carbon dioxide always played an important role in the geobiosphere that is part of the Earth’s outer shell and surface environment. The book’s eleven chapters cover the fundamentals of the biogeochemical behavior of carbon near the Earth’s surface, in the atmosphere, minerals, waters, air-sea exchange, and inorganic and biological processes fractionating the carbon isotopes, and its role in the evolution of inorganic and biogenic sediments, ocean water, the coupling to nutrient nitrogen and phosphorus cycles, and the future of the carbon cycle in the Anthropocene. This book is mainly a reference text for Earth and environmental scientists; it presents an overview of the origins and behavior of the carbon cycle and atmospheric carbon dioxide, and the human effects on them. The book can also be used for a one-semester course at an intermediate to advanced level addressing the behavior of the carbon and related cycles. 'By thoroughly researching the fundamental principles of the biogeochemical cycling of carbon, Mackenzie and Lerman have been able to illustrate with clarity the profound impact of humans, as a biogeological agent, are having on the global carbon cycle. Never before has there been a more pressing need to understand the intricacies of the geobiosphere with respect to the cycling of planetary carbon, and this text provides the most thoroughly researched, authoritative, and definite text of the global carbon cycle that exists to date. This book is a contemporary appraisal of knowledge on the global carbon cycle and should become the standard scientific reference manual for all those involved in the fight against climate change. It is difficult to think of a more important book for one of the greatest issues facing humanity in the 21st century.' Review published in J. Environm. Qual. 36: 1546 (2007, by Dr. Jeffrey P. Obbard, Division of Environmental Sciences & Engineering, Tropical Marine Science Inst. National Univ. of...

No comments were found for Carbon in the Geobiosphere. Be the first to comment!