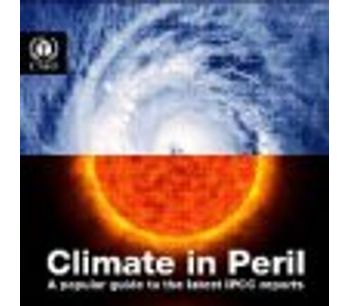 Climate in Peril : a popular guide to the latest IPCC reports

Warming of the climate system is beyond argument, as shown by observations of increases in average air and ocean temperatures, the widespread melting of snow and ice, and rising global sea levels. But as the messages from scientists become increasingly explicit, the gap between the need for action they project and the climate policy the world leaders put in place remains.

The purpose of this guide is to increase public understanding about the urgency of action to combat climate change and its impacts. Written by the British journalist Alex Kirby and complemented by a team of experts of GRID-Arendal and GENFSEC, two organizations specialized in the popularization of scientific information, the booklet contains easily understandable texts and 40 mostly original maps and graphics, based on the Fourth Assessment Report published by the Intergovernmental Panel on Climate Change (IPCC) 2007.

No comments were found for Climate in Peril : a popular guide to the latest IPCC reports. Be the first to comment!