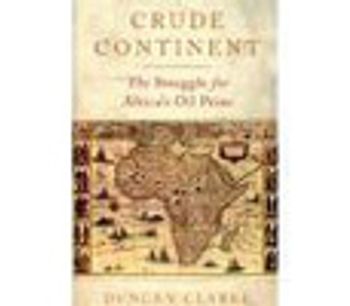 0
Share Share with Facebook Share with Tweeter Share with LinkedIn
Oct. 6, 2008
Crude Continent is a path-breaking insight on this key global frontier for world players, and the first African historiography of oil in both Sub-Saharan and Maghreb oil states and all frontiers. It provides new interpretations on the oil game, the internal struggles over oil resources, the role of Great Powers, and the long and continuing corporate oil quest by over 500 players now active in and on Africa. The book offers unique insight on the African industry across complex terrains, with fundamental analysis on the oil interfaces with varied economic models and ancient economies of subsistence survival that apply in Africa which are essential to understanding the diverse milieu that make up a vast and fragmented, highly-contested and resource rich Continent.

Dr Duncan Clarke has been intimately involved in the African oil game for the last 30 years, and has travelled widely and frequently throughout the Continent to all but a few States, as well as been Advisor to several Governments and oil companies in Africa on the exploration business. He is Author of The Battle For Barrels (Profile Books, 2007) and Empires Of Oil (Profile Books , 2007) while having written extensively for several industry journals, and in economic research in and on Africa since 1970. Past Advisory work has included United Nations, Economic Commission for Africa (Addis Ababa) and for SADCC, as well as numerous private Clients. He has undertaken Strategy Briefings on African oil and gas (Scramble For Africa, Maghreb Oil & Gas Strategy, African National Oil Companies) and in the world upstream over the last 20 years, and is widely quoted in the world media and African Press on issues impacting the Continent.

No comments were found for Crude Continent: The Struggle for Africa`s Oil Prize. Be the first to comment!