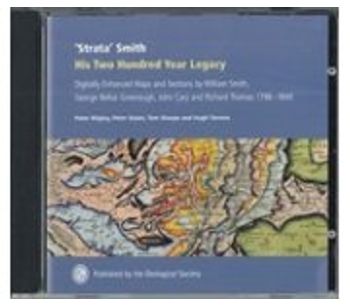 William Smith has often been declared to be the ‘Father of English Stratigraphy’. Smith conceived stratigraphy in 3D but endeavoured to represent his concept in 2D on his remarkable 1815 map, A delineation of the strata of England and Wales, with part of Scotland. Almost two hundred years later his original maps and sections have been digitized and combined with remote sensing data. For the first time we can see Smith’s maps in 3D, and thereby better appreciate what was going through his mind, as well as being able to compare them with Greenough’s subsequent maps. An example of John Cary’s magnificent 1796 base map of England and Wales, without which Smith could never have completed his own map, is also included.

The maps have been built into a GIS and can be viewed using ESRI’s ArcReader software. The maps are accompanied by a report describing sources, notes on the maps of Smith and Greenough and a technical appendix.

No comments were found for Digitally Enhanced Maps and Sections. Be the first to comment!