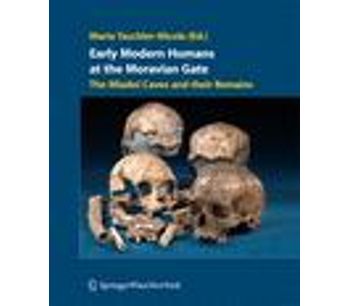 0
Share Share with Facebook Share with Tweeter Share with LinkedIn
The Upper Paleolithic fossils of the Mladec caves, South Moravia, excavated at the end of the 19th century, hold a key position in the current discussion on modern human emergence within Europe and the fate of the Neanderthals. Although undoubtedly early modern humans - recently radio carbon dated to 31.000 years BP - their morphological variability and the presence of archaic features are indicative to some degree of regional Neanderthal ancestry. The beautifully illustrated monograph addresses - for the first time - the complete assemblage of the finds, including the human cranial, post cranial, teeth and jaw fragments of several individuals (most of them stored at the Natural History Museum Vienna) as well as the faunal remains and the archaeological objects. Leading scientists present their results, obtained with innovative techniques such as DNA analysis, 3D-morphometry and isotope analysis, which are of great importance for further discussions on both human evolution and archaeological issues.

No comments were found for Early Modern Humans at the Moravian Gate - The Mladec Caves and their Remains. Be the first to comment!