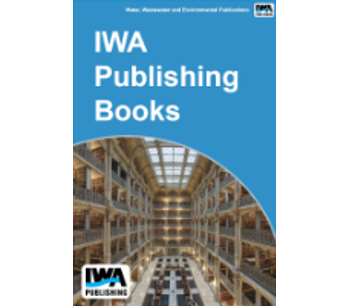 Effect of Aluminum and Iron on Odors, Digestion Efficiency, and Dewatering Properties

0
Share Share with Facebook Share with Tweeter Share with LinkedIn
Mar. 10, 2010
This study was designed to be a follow up of the WERF III (Adams, et al., 2007) odor study. It was found in the WERF III study that iron and aluminum appeared to play important roles in odor generation so some additional data was sought to determine the role these play in determining odor. In this portion of the study, the impact of iron and aluminum in sludges on both digestion and odors was investigated. Three distinct locations for the iron and/or aluminum were studied. First, the impact of iron and aluminum in the raw sludges on digestion and odors was evaluated. Second, the impact of the addition of iron or aluminum for chemical phosphorus removal in the activated sludge process was studied. Third, the direct addition of iron to the feed to an anaerobic digester was evaluated. All studies were conducted in the lab using a variety of sludges collected from seven wastewater utilities. In addition to digestion and odors, data were collected for sludge dewatering properties as indicated by the polymer conditioning requirements and dewatered cake solids. Both the iron and aluminum content in raw sludges being fed to anaerobic digesters impact the digestability, dewatering and TVOSC generation. A reasonable correlation between the iron content in the raw sludge and volatile solids reduction by anaerobic digestion was found. More iron resulted in higher volatile solids reduction except for the two plants that either received chemical sludge in the influent that contained iron and/or aluminum (Plant E) or had iron added in the treatment process (Plant F). This finding is important in that it provides for the prediction of digester performance based on the influent iron content. Aluminum appeared to also influence digestion, reducing the digestability of sludges. However, in this study, it was difficult to separate both the effects of iron and aluminum. Iron also had a major impact on dewatering. There was a distinct relationship between the iron content of the raw sludge and polymer dose requirements. As the iron increased, the polymer dose increased following digestion. As suggested in the WERF III report, iron appeared to play a role in TVOSC production from dewatered sludge cakes. As the iron content increased, the TVOSC generation increased. As a result, iron increases both the volatile solids reduction and TVOSC generation. The implication of this is that sludges that digest better also generate higher TVOSC. This has important implications for the regulations governing vector attraction based on volatile solids reduction. These regulations need to be changed or dropped from the regulations. Some of the data in this study shows a result that is contradictory to conventions thought. That is: as the volatile solids destruction increases, the TVOSC generation will also increase.

No comments were found for Effect of Aluminum and Iron on Odors, Digestion Efficiency, and Dewatering Properties. Be the first to comment!