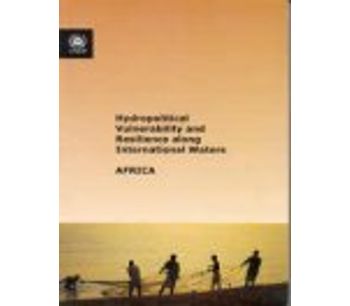 In Africa, most rivers, freshwater lakes, and aquifers are shared by two or more countries. The diversity of politial, social, and economic structures and organizations among African countries and the varied temporal preciptation and distribution of water on the continent make hydropolitical setting very complex and prone to vulnerability.

African nations sharing water resources are increasingly vulnerable to conflict, and their vulnerabilities are made more acute by climatic variations in precipitation.  This is compounded by a rising population and increasing urbanization, industrialization, and environmental degradation. Currently, less than two-thirds of Africa's population has access to improved water supply, with the coverage dropping to just 50% in rural areas.  Thus, the region has the lowest proportional coverage in the world.

No comments were found for Hydropolitical Vulnerability and Resilience along International Waters - Africa. Be the first to comment!