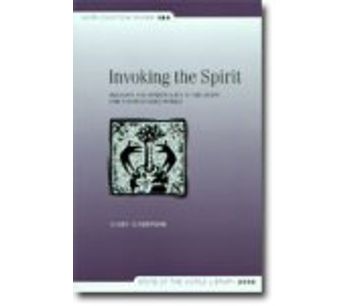 Invoking the Spirit: Religion and Spirituality in the Quest for a Sustainable World

A powerful pro-environmental coalition may be emerging worldwide as religious people and institutions begin to partner with advocates of sustainable development. The past decade saw a small but growing number of meetings, advocacy initiatives, educational programs, and lobbying efforts by the two communities, who long had kept each other at arm's length.

In Worldwatch Paper 164: Invoking the Spirit, Gary Gardner, Worldwatch Reseach Director, states that in learning to work together, the two groups must overcome mutual misperceptions and divergent worldviews, which have historically kept them apart. He writes that secular environmentalists worry about the checkered history of religious involvement in societal affairs. Religious institutions, on the other hand, may have perspectives on the role of women, the nature of truth, and the moral place of human beings in the natural order that sometimes diverge from those of environmentalists.

Though misperceptions and misunderstandings between the two communities persist, engagement is growing. To further collaboration, religious people and institutions would do well to leverage their influence in favor of sustainability, and environmentalists would gain by appealing to the public at an emotional/spiritual level. With these steps, a new ethics encompassing humans, the divine, and nature can help usher in a just and sustainable civilization.

Summary
Introduction
The Potential Power of Engaged Religion
Cooperation and Caution
The Environment as Sacred Ground
Ethical Consumption
Accelerating Engagement
Notes
Index
Table 1: Major Religions: Number of Adherents and Share of World Population
Table 2: Religious Initiatives and Partnerships on Environment and Sustainability
Table 3: Examples of Recent Statements on the Environment by Religious Leaders and Organizations
Table 4: Religious Teachings on Consumption
Table 5: Leveraging Religious Assets
Box 1: What Is Religion, and How Is it Relevant to the Environment
Box 2: Selected Religious Perspectives on Nature
Box 3: The Link Between Ritual, Ecology, and Sustainable Cultures

No comments were found for Invoking the Spirit: Religion and Spirituality in the Quest for a Sustainable World. Be the first to comment!