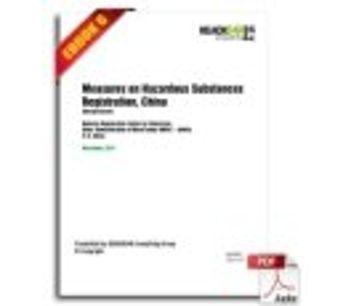 On October 11, 201, China's State Administration of Work Safety (SAWS) issued the notice for public consultation (by 18 November 2011) on the newly revised draft of the Measures on Hazardous Substances Registration. The revised Measures are about to take effect on December 1, 2011; the old Measures (2002 version) will be annulled. Created as a supporting law for Decree No. 591 (Regulations on the Control over Safety of Hazardous Chemicals, 2011 version), the revised Measures are available after 3 months of repeated studies and discussions among the relevant national authorities, experts and companies from May 2011 to September 2011.