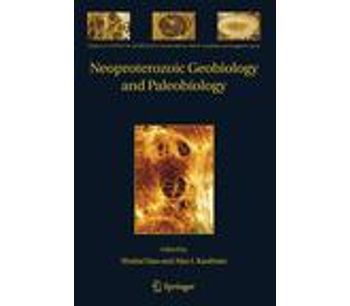 0
Share Share with Facebook Share with Tweeter Share with LinkedIn
Jan. 1, 1900
The Neoproterozoic Era (1000–542 million years ago) has become a major focus of geobiological investigations because it is a geological period characterized by dramatic climatic change and important evolutionary innovations. Repeated glaciations of unusual magnitude occurred throughout this tumultuous interval, and various eukaryotic clades independently achieved multicellularity, becoming more complex, abundant, and diverse at its termination. Animals made their first debut in the Neoproterozoic too. This volume presents a sample of views and visions among some of the growing numbers of Neoproterozoic workers. It includes a set of multidisciplinary reviews on the Neoproterozoic fossil record (animals, algae, acritarchs, protists, and trace fossils), evolutionary developmental biology of animals, molecular clock estimates of phylogenetic divergences, and Neoproterozoic chemostratigraphy and sedimentary geology. These topics are of continuing interest to geoscientists and bioscientists who are intrigued by the deep history of the Earth and its inhabitants.

No comments were found for Neoproterozoic Geobiology and Paleobiology. Be the first to comment!