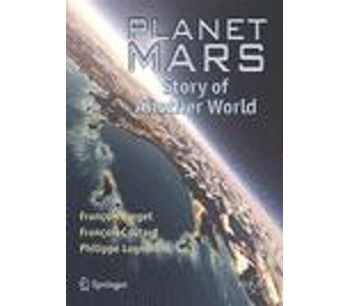 0
Share Share with Facebook Share with Tweeter Share with LinkedIn
Jan. 1, 1900
Mars, like planet Earth, is a complex and vast world with a long history. The authors of this book give a new insight of Mars by adopting an original outline based on history rather than on subtopic (atmosphere, surface, interior). They focus on the past and present evolution of Mars and also incorporate all the recent results from the space missions of Mars Express, Spirit and Opportunity. This book goes to the heart of current planetological research, and illustrates it with many beautiful images. The authors describe the magnificent scenery on Mars including Olympus Mons, more than 20,000 metres high and the solar system’s biggest volcano. At Mars’ poles, glaciers, formed from thousands of fine strata, are evidence of past climatic fluctuations. Drs Forget and Costard and Professor Lognonné introduce a new world and reveal the workings of the planet Mars. They answer the questions: How was Mars formed? Why has its evolution followed a different path to that of Earth? What do its river beds, volcanoes and glaciers tell us about its past? Could life have existed there? Does it exist there now? What processes ‘drive’ Mars today? The five parts of the book trace the history of Mars. Part 1 examines its formation from the ashes of dead stars, more than 4·5 billion years ago. Part 2 travels through its early and turbulent youth and gradual, 3·5-billion-year long metamorphosis. Part 3 traces the creation of great planetary structures while Part 4 explores this active planet as it is today, with its dust storms, water features and atmosphere, and shows that Mars is subject to continual climatic change. Finally in Part 5, the story of the recent exploration of Mars and current research in laboratories and space agencies in preparation for the missions of the next twenty years is recounted.

No comments were found for Planet Mars. Be the first to comment!