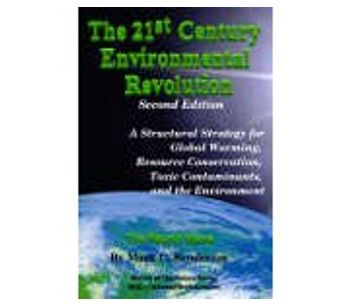 The author argues that creating a Green Economic Environment is the easiest and most cost-effective way of bringing results for the environment, of reducing greenhouse gases as well as contaminants and slowing down climate change. Most environmental problems directly result from the way economies are setup. The strategy proposed in the book would change the incentive structureof economies in such a way as to create a green economic environment which would naturally promote markets and demand for greener goods and environment-friendly practices, reduce CO2 and other carbon emissions, and turn economies around. Addressing the cause of problems would bemore effective than a cap-and-trade strategy andcost less. It offers apowerful new solution for global warming and the environment.

The Green Economic Environment (GEE)This strategy attempts to deal with the root of environmental problems rather than just their symptoms as current approaches do. As the strategy is revenue neutral, it would be free for taxpayers and everybody else. As seen below, the cost of unenvironmental goods would go up, but consumers would see a decrease in taxes on income and retail goods in compensation for this. See revenue-neutral taxation.
The GEE is NOT an ELEGANT SOLUTION on the surface as it relies on taxation changes, which is politically unpopular. BUT it is CHEAPER (ESSENTIALLY FREE) and MORE EFFECTIVE than other strategies, which actually makes it the best choice for the taxpayer.
Specific changes to the incentive structure of economies could create a green economic environment that would significantly increase demand for green goods, technology, and practices. As a result, businesses would naturally shift their production and R&D (Research and Development) to environmental alternatives. The strategy would make the massive power of markets work for us and help save the environment, instead of destroying it, and be that much more powerful for it.

The GEE would raise the cost of oil, gasoline, and other fossil fuels. This would decrease their use and reduce greenhouse gas emissions (GHG), helping countries meet international reduction targets, as well as provide a boost to the renewable energy sector (solar, geothermal, and clean wind power, biofuel production from agricultural wastes and industrial sources, etc.) without the need for a new emission credit trading system. Remember that the system is revenue neutral and people would have more money to spend. The GEE would also increase the cost of pollutants and harmful products, including those used in manufacturing. This would shift markets to more ecological alternatives. Not only would consumer goods become greener but so would industries and manufacturing processes.

The approach would target non-renewable resources, such as metals, to bring about conservation, reuse, and waste reduction, to create and enhance natural markets for recyclables, and to shift products to greener and renewable components. It also addresses other issues such as packaging, the management of renewable resources, hybrid vehicles, hydrogen and electric cars, urban transportation, organic agriculture, managing the energy supply, biodiesel and ethanol net efficiency issues, etc.

The GEE is far more comprehensive than cap-and-trade, addressing most of the issues on the environmental agenda in addition to global warming. The transition to a greener economy would also be easier to implement as well as less costly.
See Cap-and-Trade vs. the GEE for details.
This approach could deliver change quickly and on a large scale. It would address not only global warming problems but also the majority of the issues on the green agenda. Environmental degradation and destruction would decrease, depletable minerals and metallic resources would be conserved, and the protection of biodiversity and endangered species, increase. Green living would finally be achievable.

More details about the GEE and its components are available through the links below or at The Strategy.

The Depopulation-Green Economic Environment Strategy (Depopulation-GEE Strategy)
The issues of population growth and natural resource shortages are dealt with in a second book, The Depletion Wall. Will the world economy be in danger of collapse in the next few decades as a result of the depletion and dwindling reserves of many base metals? Will we face stiff price increases for metals as we have for oil?

Many argue that continued economic growth is unsustainable. Some have proposed degrowth as a solution, but that would likely mean lower incomes and shared employment, or higher unemployment. Others advocate green growth (sustainable development), but many argue that even that will be unsustainable in the future. The GEE would deliver both, green growth in environmental sectors of the economy and degrowth in unenvironmental ones, effectively doubling the greening impact on the economy.

But, in light of the latest mineral reserve statistics, even that will not be enough. Depopulation is becoming a necessity if the world economy is to survive. A Depopulation-GEE strategy would not only deliver double the greening impact but, in combination with depopulation, could also maintain or increase incomes and lower unemployment while decreasing the world`s total production, environmental footprint, and natural resource consumption.A Proven Strategy:
The Renewable Energy Turnaround
For decades, many people struggled to make grounds for the environment. Most of it was to little avail. Despite all the efforts, SUVs` popularity surged as if climatic change and its effects did not exist. The  gas guzzler industry thrived up until very recently, and environmentalists  could do little to change that.

As the price of oil shot past $147 a barrel in mid-2008, the industry collapsed and major North American SUV manufacturers announced plant closures virtually overnight. A month later, they were all talking about their latest hybrid and upcoming electrical vehicles... and the struggling renewable energy industry was quickly becoming the wave of the future.

What environmentalists failed to accomplish in three decades was achieved by markets in three months.

Henderson`s green strategy is based on market principles,
i.e. on the same forces that turned the North American automobile industry and renewable energy sector around virtually overnight.

Could the Green Economic Environment
be the solution we have been looking for
for climate change and the planet, to save the earth?
What we are doing for the environment is not working.

We can keep choosing what we are comfortable with or is convenient, or opt for what will deliver results.

There is an urgency to act, and we have a solid strategy, the Green Economic Environment. It is powerful and free and could unite various environmental perspectives.
In the four years since the strategy was released, nothing has come out that has the potential for being more effective or cheaper.

The Question is...
Do we want environmental change, or
do we want to keep going around in circles?

No comments were found for The Fourth Wave Environmental Revolution. Be the first to comment!