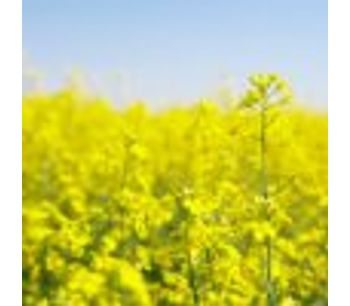 0
Share Share with Facebook Share with Tweeter Share with LinkedIn
First published in 1992, the Manual is an essential guide for all those who need to keep pace with environmental policy. Relaunching in 2010 both in print and online, the manual is being restructured to reflect the changing nature and development of environmental policy. It will initially be available in a new online format with enhanced search and purchase options, and is expected to be available in print format in 2011.

Andrew Farmer is a Senior Fellow at the Institute for European Environmental Policy and Head of the Institute’s ‘Industry, Waste and Water Programme’, where he specialises in EU legislation in relation to water and air pollution, and pollution control. A natural science graduate from Oxford University, Andrew has a PhD from the University of St Andrews. Before joining IEEP in 1997, Andrew worked for English Nature as its atmospheric pollution specialist and sustainable development coordinator and, before that, undertook research at the Universities of Florida and Wisconsin, USA and Imperial College, University of London. He is the author of a wide range of publications including the books `Managing Environmental Pollution` (Routledge) and `A Handbook of Environmental Protection and Enforcement` (Earthscan).

Camilla Adelle is an IEEP Associate where she worked as an intern in 2006 and again as a Policy Analyst in the Governance Programme from January 2008 to February 2010. She is now a Senior Research Associate at the University of East Anglia working on governance aspects of policy appraisal in Europe. Her research interests also include policy coordination and the impact of EU policies on developing countries, which was the subject of her PhD thesis. Prior to her research career, Camilla worked for an environmental NGO in Ghana, West Africa.

Chair of the Editorial Board

Members of the Editorial Board

Richard Macrory is a barrister at Brick Court Chambers, London and professor of environmental law at the Faculty of Laws, University College, London where he is director of the Centre for Law and the Environment. He has been a member of the Royal Commission on Environmental Pollution, and a board member of the Environment Agency, England and Wales. In 2005/6 Professor Macrory was appointed by the UK Cabinet Office to lead the Review on Regulatory Sanctions, covering some 61 national regulators as well as local government and almost every area of business regulation. All the recommendations in his final report ‘Regulatory Justice – Making Sanctions Effective’ published at the end of 2006 were accepted by Government.

Domingo Jiménez Beltrán has extensive experience, mostly in the field of environmental protection, natural resources and energy management and sustainable development, both in private enterprises (production, manufacturing, engineering and consulting) and public administration at regional, national and community level. Domingo was the first Executive Director of the European Environment Agency for eight years until 2002, and later on Adviser at the Economic Office of the Spanish President, founder and first Director of the Spanish Observatory for Sustainability, and is currently a Consulting Engineer and Adviser of Governments, Business and Institutes, in particular of the Spanish Observatory for Sustainability. He is also an author, lecturer and professor of specialised courses.

Hugo G. von Meijenfeldt is Deputy Director General, Ministry of the Environment (VROM) in the Netherlands and special envoy for climate change, Ministry of Foreign Affairs. His work focuses on legislation and litigation with regard to soil remediation programmes. Previously positions at VROM include: Head of unit and then deputy director of the European policy division (including during the Dutch Presidency of the EU in 1997); Director of Soil, Water, Rural Environment; and the Director of International Affairs. He has also been chairman of the Committee for Environmental Policy of UN-ECE in Geneva, Switzerland. During his career Hugo has written many articles for (international) conferences and journals and a few books. He graduated from the Law School, Free University of Amsterdam in 1981 where he majored in public law and policies; several scientific positions.

Bedrich Moldan is a Professor at the Charles University in Prague and Director of the Environment Center; Senator of the Parliament of the Czech Republic. His experience includes, among others, research on indicators of sustainable development (published two monographs commissioned by SCOPE). He started his public life as the first Minister of Environment of the Czech Republic in 1990. He held various national and international positions including Chairman of the UN Commission on Sustainable Development (2001) and Chairman of the Scientific Committee of the European Environment Agency (2000-2006).

Richard Stewart is recognised as one of the world`s leading scholars in environmental and administrative law. Richard Stewart is University Professor and John Edward Sexton Professor of Law at New York University School of Law. Stewart has also served as a Byrne Professor of Administrative Law at Harvard Law School and a member of the faculty of the Kennedy School of Government at Harvard; Assistant Attorney General in charge of the Environment and Natural Resource Division of the U.S. Department of Justice, and Chairman of the Environmental Defence Fund. He is currently leading a major project to examine international conflicts over regulation of genetically-modified (GMO) crops and foods. Stewart assists in the United Nations` efforts to combat global warming by developing a system for an international market in CO2 emissions reductions credits. He has also taken part in the U.N.`s formulation of principles to award damages from environmental injuries caused by Iraq during the Gulf War. A prolific author, Stewart has published ten books and more than 80 articles on environmental and administrative law, including the intersection between theory and practice in environmental law and the need to develop innovative methods for environmental protection. He has been a visiting professor at the Universities of Bologna, Chicago, and Rome, the University of California at Berkeley, the European University Institute, and Georgetown University.

The Manual provides more than 1,000 pages of in-depth analysis and evaluation of EU environmental legislation. It includes:

This Manual is the result of work over a number of years by many people within the Institute for European Environmental Policy, helped by others outside it. After nearly two decades of publication in a loose leaf format it was felt that the organisation of the chapters and text now needs to reflect not the just the historical evolution of policy in certain areas, but also the most important Directives and policies in use today. It also needs to better reflect the increasing importance of softer policy instruments and how different policy instruments interact to regulate activities in relation to the environment. In addition, it is essential to account for implementation issues not just within the UK but also in other EU countries thereby giving the manual a greater utility to a pan-European audience as well as a global audience, since the EU now has the most comprehensive body of environmental policy in the world. Therefore, the Manual of European Environmental Policy will be launched in June 2010 as a remodelled online and interactive guide to EU environmental policy across the 27 Member States.