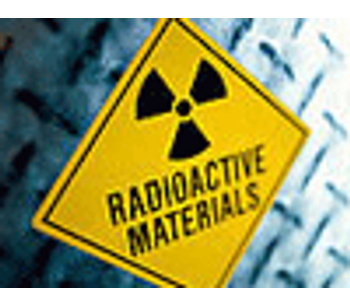 Radionuclides, or radioactive isotopes as they are often called, play an important part in the technologies that provide modern societies with food, water and medicine. But, if they are released into the environment through poor disposal, or by accident, they can be harmful to humans, animals and plants. One such example is the ingestion of radioactive contamination from tainted plants, animals and their by-products.

To support Member States´ efforts to protect citizens and the environment, the IAEA has joined forces with the European Commission´s Joint Research Centre (JRC) to host a workshop tackling the issue of radioactivity in the environment. It will look at the interaction of trace radionuclides that move from the environment into the food chain and then to the human population.

'Scientists will investigate how toxins accumulate in cells and organs and how toxic elements are transferred and transported from cell to cell,' says Mr. Gabriele Tamborini, Press Officer with the European Commission´s Institute for Transuranium Elements in the JRC.

Participants will also look at the need to harmonise testing methodology across 11 countries in order to detect the presence of radionuclides even at low levels in soil, vegetation and food. Dr. Tamborini says this workshop provides an opportunity for scientists to discuss the progress their countries are making and highlight the difficulties they face in their national labs.

Ms. Maria Betti, Director of the IAEA´s Marine Environment Laboratories in Monaco and formerly with the JRC, describes the upcoming workshop as both technical and regulatory. 'Above all it´s addressing the national authorities who have to reform their legislation to reflect some of the radiation protection requirements of the IAEA and the European Commission.' The workshop will give the necessary technical support to governments that are in the process of implementing Articles of the 1992 Euratom Treaty. The Treaty requires that signatories continually monitor the level of radioactivity in the air, water and soil.

Approximately 30 scientists and policymakers from Bosnia and Herzegovina, Bulgaria, Cyprus, the Czech Republic, Hungary, Montenegro, Poland, Romania, Serbia, the Slovak Republic and Turkey, will be participating. There will also be speakers from Australia, France, Germany, Italy, Luxembourg, Spain, Sweden and Japan.

To be held from 24-25 November 2008 at the IAEA Marine Environmental Laboratory in Monaco, the workshop will be under the theme Measurement of Radioactivity in the Environment and Biological Matrices.

No comments were found for A detectable trail: Measuring radioactivity in environment. Be the first to comment!