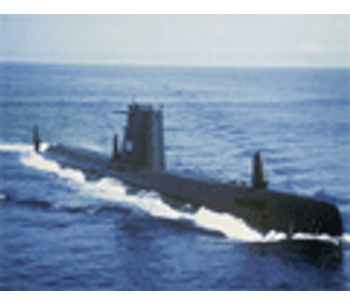 Agreement limits US Navy`s use of low-frequency active sonar

The Navy’s use of low frequency active sonar will remain restricted to certain military training areas of the Pacific Ocean, according to an agreement approved by a US district court in San Francisco this week. The comprehensive agreement between the Navy and conservation organizations follows a court injunction issued early this year against the Navy’s Surveillance Towed Array Sensor System Low Frequency Active (LFA) sonar system, which blasts vast areas of ocean with harmful levels of underwater noise. In that decision, the court agreed with a coalition of organizations, led by the Natural Resources Defense Council (NRDC), that the Navy’s proposed LFA deployment in more than 70 percent of the world’s oceans was illegal. A separate lawsuit challenging the U.S. Navy’s use of mid-frequency active sonar is currently under consideration in the U.S. Supreme Court.

“We don’t have to choose between national security and protecting the environment,” said Michael Jasny, senior policy analyst with NRDC. “Today’s agreement maintains the Navy’s ability to test and train, while shielding whales and other vulnerable species from harmful underwater noise.”

Under the agreement, LFA testing and training is limited to defined areas of the North Pacific Ocean, and the Navy must adhere to other protective measures, including seasonal and coastal exclusions that will protect breeding grounds and other important whale habitat. In Hawaii, for example, LFA training cannot occur near the Hawaii Humpback Whale National Marine Sanctuary or the Papahanaumokuakea Marine National Monument, and is limited to waters beyond 50 nautical miles of the main islands, an area known to contain vital habitat for several unique marine mammal populations.

“This agreement confirms we can achieve environmental protection while maintaining our important national security standards,” said Jeffrey Flocken, Washington, D.C. director of the International Fund for Animal Welfare (IFAW). “It does not need to be an either/or scenario when it comes to ensuring our waters are protected and our marine wildlife is healthy.”

LFA sonar relies on extremely loud, low-frequency sound to detect submarines at great distances. According to the Navy’s own studies, the LFA system generates noise intense enough to significantly disrupt whale behavior more than 300 miles away. Scientists have observed that, under certain oceanic conditions, sound from a single LFA system could be detected across entire oceans.

“Limiting sonar use in breeding grounds and other key habitat areas is essential for the conservation of whales, dolphins, and other marine mammals,” said Naomi Rose, Ph.D., marine mammal scientist for The Humane Society of the United States (HSUS). “This agreement protects both national security and our most treasured natural resources.”

The lawsuit asserted that a permit issued last year by the National Marine Fisheries Service, allowing deployment of the sonar system around the world, violated a number of federal laws including the Marine Mammal Protection Act and the National Environmental Policy Act. The district court agreed, noting in particular that the government had failed to protect marine life with adequate mitigation measures as required by law. In 2002, this same court held a prior permit unlawful, after which NRDC and the Navy entered into a negotiated agreement that restricted LFA training from important habitat until last year’s permit was issued.

The coalition consists of the Natural Resources Defense Council, International Fund for Animal Welfare, The Humane Society of the United States, Cetacean Society International, League for Coastal Protection, and Ocean Futures Society and its president and founder Jean-Michel Cousteau.

No comments were found for Agreement limits US Navy`s use of low-frequency active sonar. Be the first to comment!