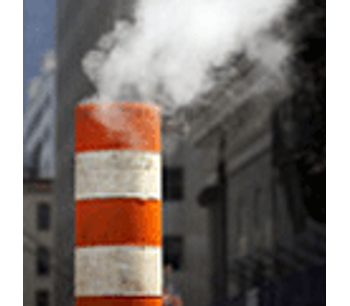 The world market for stack and ambient continuous monitoring plus periodic monitoring and other related services will rise to US$2.2 billion in 2010.  This is a 20 percent increase over the projected 2009 market.  The rapid expansion in CO2 measurement investment and the increased activity for stack monitoring in Asia will account for most of the increase.  These are the conclusions reached in the latest update of the McIlvaine Air Pollution Monitoring and Sampling World Market report. The U.S. EPA has now classified CO2 as an air pollutant.  This means that ambient, periodic stack and continuous stack monitoring revenues will rise substantially.  Existing CEMS will by and large be used for measurement.  So the hardware revenues will be less significant than the services including analysis and stack testing.

The biggest market increase will be in ambient measurement.  The models predicting various calamities need to be supported by actual periodic or continuous measurement at various key locations in the water, ice, air, etc.  In the air there are big swings in CO2 level from season-to-season and locality-to-locality.

The future of air pollution monitoring is tied closely to the energy sources.  If coal use were to be reduced, the market for CEMS would be significantly impacted.  However, the use of coal is likely to increase not decrease.  World coal-fired power plant capacity will grow from 1,759,000 MW in 2010 to 2,384,000 MW in 2020.  Some 80,000 MW will be replaced.  So there will be 705,000 MW of new coal-fired boilers built.  The annual new coal-fired boiler sales will average 70,000 MW.

An historic change is taking place in the Middle East where huge investments in petrochemical plants are being made.  This will result in very substantial markets both for air pollution CEMS and for process analyzers for sulfur and other acid gases.

In 2007 most of the power plants in the U.S. ordered Mercury CEMS.  With the present vacature of the Clean Air Mercury Rule (CAMR), most of these systems are not being operated.  However, some states have rules which do require operation.  Ultimately more than 1000 CEMS will be in operation.  The capital cost is over $300 million.  With an average operating cost of $100,000 per year, the monitoring industry in the U.S. will enjoy at least part of this $100 million operating and maintenance market.

Waste-to-energy is the second largest market after power.  This market will continue to grow throughout the world.  The U.S. is well behind Europe and Asia in construction of waste-to-energy plants.  However, this situation is changing as the value of energy production from this source is realized.

The stack CEMS market in China will grow rapidly.  The CEMS market in China will be the largest in the world after 2011.  Within China coal-fired boilers represent the biggest CEMS potential.  SEPA (the Chinese equivalent of EPA) is cracking down on SO2 and NOx emissions from new and existing power plants.  The proposed steps include continuous reporting of emissions, which will provide a means for enforcement.

No comments were found for Air pollution monitoring market to rise 20% in 2010, says new research. Be the first to comment!