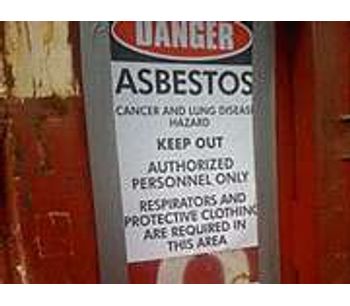 The American Public Health Association (APHA) recently voiced its concern on asbestos and asked Congress to pass legislation that would ultimately place a complete ban on the manufacture, sale, export and import of asbestos-containing products in the United States.

Celeste Monforton, Chair of APHA’s Occupational Health and Safety section, said, “With this new policy, APHA is joining the World Federation of Public Health Associations and other international organizations calling for a global ban on asbestos mining, and manufacturing, and the dangerous practice of exporting asbestos containing products.”

Asbestos-related diseases such as lung cancer, asbestosis and malignant mesothelioma claim the lives of more than 10,000 Americans each year. Until a ban is placed on the use of asbestos in products, Americans will remain at risk of being exposed to the toxic mineral.

In the past, those most susceptible to asbestos exposure worked in the shipyard, construction, power plant, chemical plant or automotive industry. Once exposed, either through inhaling or ingesting asbestos fibers, the onset of symptoms can take as long as 20 years for asbestosis. For mesothelioma, symptoms may not arise until 50 years after the initial exposure occurred.

Linda Reinstein, Executive Director and Co-founder of the Asbestos Disease Awareness Organization, commented on APHA’s legislation stating, “APHA set a precedent with strong language aimed at preventing asbestos exposure to eliminate deadly diseases. Ambler, Pennsylvania, now a superfund site, is still plagued from asbestos piles left behind from the once profitable asbestos businesses. We can’t let history repeat itself. It is time to ban asbestos and fund educational and research programs. APHA renews our optimism that a federal asbestos ban is eminent.”

According to their Web site, the American Public Health Association is the oldest, largest and most diverse organization of public health professionals in the world and has been working to improve public health since 1872. The Association aims to protect all Americans and their communities from preventable, serious health threats and strives to assure community-based health promotion and disease prevention activities.

Additional information about asbestos exposure and mesothelioma may be found through the Mesothelioma Center.

No comments were found for APHA asks Congress to ban asbestos. Be the first to comment!