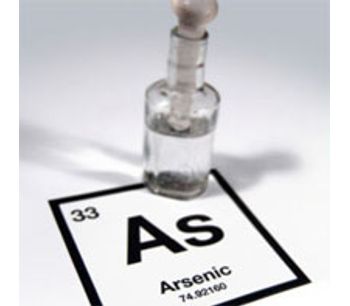 Arsenic linked with one in five deaths in Bangladesh

The first study to follow people exposed to arsenic in the long term has found that one in five deaths in Bangladesh could be attributed to drinking well water contaminated with the substance.

Researchers found that long-term exposure, even to low levels of arsenic, through drinking water increases the mortality rate from a variety of diseases.

'Up to one in five deaths could have been averted or delayed if our studied population were unexposed to arsenic,' Habibul Ahsan, a researcher at the University of Chicago, United States, and one of the authors of the study told SciDev.Net.  'These estimates may also apply to other arsenic exposed people in the country.'

Chronic exposure to arsenic is linked with cancers of the liver, kidney, bladders and skin, as well as heart disease.

The study, published in The Lancet last month (18 June) was the first to follow individuals over a period of several years and analyse the health impacts of different concentrations of arsenic in water wells.

Previous studies have found that arsenic contaminated water is a major problem in Bangladesh and that it can even contaminate crops, such as rice, grown in tainted water. Up to half of Bangladesh's population of around 140 million people, and further millions around the world, are chronically exposed to arsenic through drinking water.

So far, most studies have focused on the health impacts of high arsenic concentrations in drinking water, but have failed to explain how long-term, low-level exposure can affect health on an individual level.

The study, conducted on almost 12,000 people aged between 18 and 75 in the Araihazar region, measured arsenic concentrations in people's urine and their water sources.

It found 24 per cent of people examined were exposed to water containing up to 10 micrograms of arsenic per litre, the UN's recommended maximum level — and almost half of them were exposed to levels of up to 50 micrograms, which is considered low exposure. As the exposure levels went up so did the probability of dying.

The researchers called for urgent investigation into how further deaths can be prevented, since decreasing the exposure in the short term does not appear to reduce the effects of arsenic.

Sheikh Altaf Ali, the secretary to Bangladesh's Ministry of Health, said that arsenic in drinking water is a major problem in the country, and that the ministry has been doing its best to provide health services to arsenic patients.

No comments were found for Arsenic linked with one in five deaths in Bangladesh. Be the first to comment!