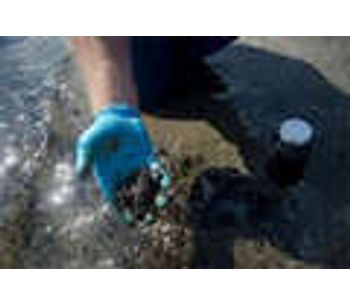 NEW YORK - Residual oil and chemicals from BP's Deepwater Horizon disaster pose substantial ongoing risks to birds that breed or nest along hard-hit areas of the Louisiana coast, according to new National Audubon Society field surveys. Audubon science teams found plentiful birds that appeared both resilient and loyal to their normal habitats as the tragedy's six-month anniversary approached. But Audubon warns that the future of birds and the ecosystems they represent remains uncertain because oil and other threats are still too close for comfort.

'People shouldn't be fooled into thinking that the danger to birds and the environment is over just because the oil stopped flowing,' said Audubon President & CEO David Yarnold.  'It's going to take years of monitoring just to understand and start dealing with the long-term impacts of the oil—and they're just part of a much bigger threat.'

Continuing concerns about oil impacts stems from findings of Audubon science teams that conducted late September surveys on 23 sections of Important Bird Areas along the disaster's epicenter on the Louisiana coast. The teams found widespread evidence of surface oil, tar, tar balls and seepage coming from pockets inches under the sand at 9 out of 10 areas deemed hard-hit by oil. There were 'tar mats' just below the waterline, supplying a seemingly endless stream of new tar balls to wash ashore. Observations also confirmed previous anecdotal reports of plentiful oil in the water column, pointing to the continued likelihood that it will wash onto beaches and into marsh areas for months to come.  All of the oil-related threats were in close proximity to areas alive with birds.

'Birds aren't wired to avoid threats from oil, and even if they look healthy now, we can't begin to predict all the health and reproductive effects that could show up later,' said Audubon's Louisiana Bird Conservation Director and survey team member Melanie Driscoll.  'The fact that they're still plentiful doesn't mean they're safe.'

The Audubon teams counted nearly 10,000 individual birds in surveys of 10 areas that had been heavily oiled and 13 other that received little or no contamination. They sighted birds representing the broad array of species expected in the region during the survey period, with no indication that oiled areas were being abandoned in favor of clean locations.

Teams reported numerous mature and juvenile Brown Pelicans across the survey areas.  The BP disaster hit just as pelicans began the 2010 breeding season.  In the weeks that followed, widely-seen images of oiled pelicans and nesting areas stoked fears of a failed reproductive season, dealing a major blow to the recovery of a species only recently removed from the Endangered Species List. The Audubon survey's documentation of juvenile Brown Pelicans in flight provides reassuring evidence that young birds did successfully fledge from contaminated and chaotic habitats.  But again, scientists warn, it offers no reassurance about their long-term prognosis.

Audubon Chief Scientist and survey leader Thomas Bancroft, Ph.D., says findings raise plenty of questions and reason for worry: 'The science suggests there's cause for concern, but we simply can't know what direct contact with the oil will mean for long-term health and reproductive success of pelicans or terns or any other species. We can't begin to fathom what the long-term effects on the marine food chain will be.  This remains a giant, uncontrolled science experiment, with birds and all the communities that depend on the gulf as the unwitting subjects.'

The Louisiana habitat survey is just the latest step in Audubon efforts to build the scientific foundation for understanding and mitigating long-term impacts of the disaster. More than 20 teams of Audubon-trained citizen scientists began gathering bird population data in (states) just weeks after disaster struck; the Audubon's new Coastal Bird Survey program uses protocols developed by in collaboration with Louisiana State University and the Cornell Lab of Ornithology.

Important new insights are expected from the upcoming 111th and subsequent Audubon Christmas Birds Counts. This citizen-science data can reveal changes in bird populations and location that may provide early indications of combined impacts from the oil disaster and the Gulf's diminished ecological health.   Analysis of samples taken during the Louisiana beach survey will may help detect the presence of otherwise-invisible hydrocarbons or other chemicals in samples from areas that received little or no oiling.  Information will be useful in determining the substances to which birds were exposed, how those substances behave over time, and what can be done to address their impacts.

Ongoing Audubon monitoring work on the Gulf Coast and nationwide will give scientists and policymakers long term data to decipher the effects of the disaster itself and of related conservation measures. The impacts on birds will provide much broader insight into the health of Gulf ecosystems.

Meanwhile, Audubon continues its longstanding work to address the multiple threats to the health of those ecosystems.  Disaster-driven concern for the fate of birds and communities in the Gulf is helping to rally people nationwide in support of restoring the Mississippi River functions that replenish fast-disappearing wetlands; protecting habitats from ill-conceived development and human disturbance; and providing dedicated, long-term funding to accomplish the job. A coalition prescription for healing the Gulf can be found at http://www.audubon.org/newsroom/press-releases/2010/bp-5-billion-down-payment-among-recommendations-restore-coastal-louisi-0

'It took this latest disaster to remind America of the sensitivity of this area and how vital it is for birds, for wildlife and for people—the Gulf Coast is an American treasure we must restore;' emphasized Audubon's Yarnold. 'The risks remain, but we believe America is ready and able to make this region whole again. Together, we can do it.'

Methodology and additional survey information are available online at http://gulfoilspill.audubon.org/sites/default/files/documents/oilandbirds-toocloseforcomfort_october2010.pdf

No comments were found for Audubon Scientists Find Gulf Birds and Oil Too Close for Comfort - Residual Risks at Six Months Highlight Urgency of Monitoring and Restoration. Be the first to comment!