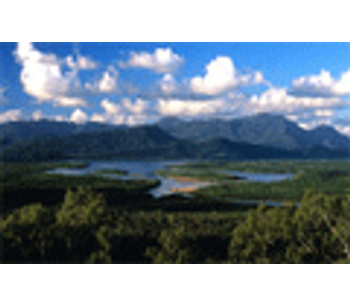 Australian Federal and State governments have finalised the Inter Governmental Agreement to secure a sustainable future for the Murray Darling Basin, Minister for Climate Change and Water, Senator Penny Wong, said. The agreement establishes a single body to manage the Basin, that will establish the first-ever Basin-wide management plan and will set a cap on the amount of water that can be extracted from its rivers and groundwater. Also, the Council of Australian Governments (COAG) meeting agreed on further projects to be funded as part of the historic deal, bringing the value of the Rudd Government’s committed projects across the Murray Darling Basin to $3.7 billion to date.

‘These projects will help us deal with the current and future challenges of climate change in the Basin,” Senator Wong said.
“They form a substantial part of our Australia-wide commitment to water under the Rudd Government’s $12.9 billion Water for the Future plan.

“This agreement means there will be urgent action to progress these important projects. “We will have a new Basin-wide Plan that puts the national interest first and responds to the threat climate change is posing to the Murray-Darling. “And for the first time ever, we will have an enforceable, scientifically-informed limit on the amount of water that can be taken out of our rivers and groundwater systems across the Basin.

“These projects will help farmers use water more efficiently as we deal with the impacts of climate change.” Senator Wong said that all of the commitments are subject to due diligence. Senator Wong said the Government was pleased that COAG had stated it’s ambition to increase the interim cap on permanent trades out of water districts from four to six per cent by the end of 2009.

“It is in the interests of all Murray Darling Basin irrigators that we create a modern water market, so that water can go to where it brings the most benefit,” Senator Wong said.

The projects are as follows:

Queensland: Up to $510 million to new priority projects in Queensland.

ACT: Up to $85 million for salt reduction activities in the ACT.

No comments were found for AUS$3.7bn of projects in Murray Action Plan. Be the first to comment!