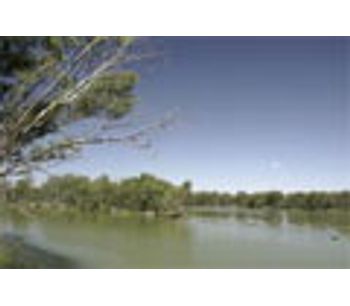 Australian Prime Minister Kevin Rudd and First Ministers from across the Murray Darling Basin region have forged an historic deal for the future of the Basin, ending a year long stalemate between the States and the Commonwealth and over a decade of inaction. In Adelaide for the first COAG meeting of the year, all parties agreed to a new approach to drive reform in securing water for households, farmers and the long-term health of the Murray Darling Basin. The agreement  follows lengthy negotiations between the Commonwealth and Victoria. Minister for Climate Change and Water, Senator Wong will now progress work with stakeholders on the implementation of this agreement. COAG agreed in 1994 to a range of reforms across the Murray Darling Basin, but implementation of these reforms has been too slow and the River Murray has continued to decline.

“The Murray Darling Basin has been “Centre Court” for the Blame Game over the past decade,” Senator Wong said.
Flows to rivers across the Basin have been below average for the past eleven years, with the past two years in the southern basin the worst on record.

The independent authority will be responsible for developing the new Basin-wide plan. The States have agreed that the Commonwealth Minister will approve the Basin-wide plan, including a new cap on the amount of water that can be taken from the rivers and groundwater systems of the Basin based on the independent advice of the Authority.

Unlike the arrangements put forward by Malcolm Turnbull last year, the governance arrangements for the new Authority will take account for the need to continue to work closely with the States by ensuring they are consulted on the Basin-wide plan.

“We recognise that a cooperative approach is in the best interests of the communities, farmers and natural environment of the Basin.” The States will also retain a decision making role through a new Ministerial Council in relation to existing functions that will be moved from the Murray Darling Basin Commission into the new Authority.

Critical human needs
A key agreement from today’s meeting is to provide for critical human needs in the overarching Basin Plan to be developed by the new Murray Darling Basin Authority. This addresses a key fault in the previous government’s failed plan, which did not address the important issue of drinking water supplies in the Basin.

“Here in Adelaide, people understand that a plan for the future of the Murray Darling Basin has to address the needs of people who rely on the River for their drinking water.” In addition, South Australia will be able to store water in Hume Dam and Dartmouth Dam which will give South Australia better flexibility to manage its share of the Murray to meet the needs of Adelaide households.

Fast-tracking infrastructure investment – Stage 2 Foodbowl Project Inline with our election commitment to accelerate investment in the Murray Darling Basin, the Commonwealth has given in-principle support to provide up to $1 billion to Stage 2 of the Foodbowl Project in Victoria, subject to due diligence.

The previous government did not invest a single dollar in infrastructure under their National Plan for Water Security announced in January 2007. Stage 2 of the Foodbowl Project is expected to return approximately 100 billion litres to the Murray River, with an equivalent amount of water to be provided to farmers in the Goulburn area of Victoria. Subject to due diligence, the project would commence in 2009/10.

“Stage 1 of the Foodbowl Project is already well progressed and forms a key plank of Victoria’s water plan,” Senator Wong said. “I’m looking forward to the opportunity to work with Victoria on due diligence for this project.” Reform and Investment priorities across the Basin Unlike the previous government, we have worked with the States to identify high level reform objectives and investment priorities to drive how the Commonwealth will deliver investment in the
Basin under the $10 billion plan.

“The previous government sought a blanket referral of powers and were unsuccessful in getting support for their plan,”
“What we’ve done is to work with the States to identify how we can start to amend the damage caused by years of neglect.”

Today’s agreement will be formalised through an Intergovernmental Agreement to be provided at the July 2008 COAG meeting. On top of implementing this new approach for the Basin, the Commonwealth will continue to purchase water from willing sellers as part of the $50 million buy-back announced in February this year. This buy-back is the first time the Australian Government has ever directly purchased water for the environment.

No comments were found for Australia signs historic water deal. Be the first to comment!