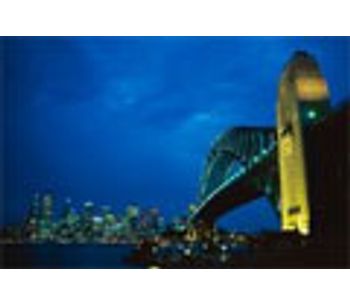 Australia switches off for Earth Hour 2008

The Australian Government today announced new steps to deal with climate change and sustainability, as more than 100 of its departments and agencies sign-up to switch-off for Earth Hour 2008. A whole of government taskforce will work on ways to reduce greenhouse gas emissions, waste, energy and water use in Government operations, as well as the sustainable use of Commonwealth land. Known as the Inter-Departmental Committee on Government Leadership in Sustainability, it will report to the Prime Minister in June, with an ongoing role in overseeing the implementation of Government action on sustainability.

“The Australian Government is leading by example on climate change, not just by participating in Earth Hour tonight, but also by finding long terms ways to reduce emissions,” Senator Wong said. “That Government action starts tonight, with thousands of lights in hundreds of government offices across the nation will be extinguished for Earth Hour 2008,” Mr Garrett said. The Department of Climate Change and the Department of the Environment, Water, Heritage and the Arts are among 110 departments and agencies that have registered to participate in Earth Hour.

“The lights across more than 2220 buildings occupied by government departments and agencies, with a floor area of 3,738,113m2, will be off for Earth Hour 2008,” Minister Garrett said. “This accounts for 97 per cent of Australian Government buildings across the nation that have signed up and will be participating in the first global Earth Hour,” Senator Wong said.

The Maritime Museum of Australia in Sydney and Federal Courts of Australia around the nation have also committed to Earth Hour. “Even with a function scheduled on the night, the National Gallery of Australia has signed up to switch off as many lights as possible, to conserve energy for the benefit of our environment,” Mr Garrett said.

“The Australian Government is throwing its full support behind the efforts of WWF in organising Earth Hour. It is vital that we raise awareness that we can all make a difference by saving energy in our homes.” The Interdepartmental Committee will examine a range of options to increase government sustainability.

“It will consider all options including setting targets and powering Parliament House and electorate offices with renewable and clean energy,” Senator Wong said. “Importantly, we will investigate using the Government fleet to drive the market for low emission cars, Senator Wong said.

“Minimum 5 star ratings for government office buildings and leases will be on the table, with the most efficient and cost effective appliances used for Commonwealth operations,” Mr Garrett said. “In parallel with the Committee’s work, the Australian National Audit Office is undertaking a performance audit across Government agencies to assess and report on the progress being made in achieving better practice in green office procurement and sustainable office management; completion anticipated in early 2009,” Minister Garrett said.

Senator Wong and Mr Garrett urged all Australians to participate in Earth Hour.

No comments were found for Australia switches off for Earth Hour 2008. Be the first to comment!