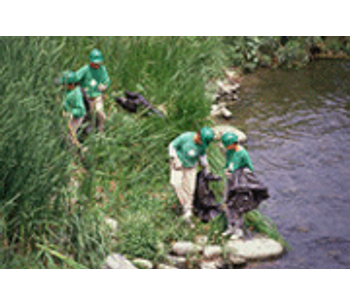 An independent marine scientists' report into the environmental effects of the Montara oil spill says a systematic, long-term monitoring effort is the only way to ascertain the true impacts of the spill on the region's biodiversity. This supports the Government's actions to commission a long-term monitoring plan with the company - PTTEP.

The report describes the results from a survey of marine life in the region of the Montara oil spill. The seven day survey was undertaken by a team of three marine biologists who studied the birds, marine reptiles and mammals in the area to identify impacts resulting from the spill.

Federal Environment Minister Peter Garrett said the assessment of the spills impact on birds, marine reptiles, whales and other cetaceans in the region is the first of many scientific studies to be undertaken as part of a long-term environmental plan.

'This survey report confirms a large diversity of wildlife in the region. It finds there isn't enough information to make conclusions about impacts on birds and marine life in the region, so the marine biologists have recommended a 'systematic, long-term monitoring effort' - which is exactly what will be done,' Mr Garrett said.

'Since the spill was first reported, my Department has developed and implemented a plan of action to help any wildlife affected by the oil spill in Commonwealth waters. This plan was developed by an expert in oiled wildlife and includes measures for treating any wildlife found that might be affected by oil at Ashmore and Cartier marine reserves.

'Water sampling and other environmental monitoring also continues in the region of the oil spill but as I have said repeatedly I remain very concerned about this spill and the long term impacts on the environment. I am certainly very anxious to see this spill stopped quickly and safely,' Mr Garrett said.

'While acknowledging the difficulty of the task at hand, I share the frustrations that efforts to get this spill stopped have so far not been successful. However I am determined that the environmental impacts of this spill are properly assessed and the long term monitoring plan I have commissioned will help ensure that happens.'

The report 'A rapid assessment of the impacts of the Montara oil leak on birds, cetaceans and marine reptiles' recommends:

Agreement on a scientific environmental monitoring program was reached between the Australian Government and the company responsible for the Montara well, PTTEP, in addition to operational monitoring, surveillance and wildlife programs currently underway in the region. That long term plan was informed by the preliminary findings of this marine study.

'The long term monitoring plan outlines scientific studies to be implemented over the next two to ten years that will provide information on marine life, wildlife and habitats, water quality and shoreline ecology to shape our environmental response, so that we appropriately address any impacts of oil in the region in years to come,' Mr Garrett said.

No comments were found for Australian oil spill report confirms need for long term environmental plan. Be the first to comment!