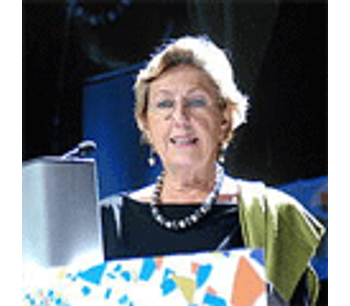 While the world struggles with the turmoil of a market crisis, IUCN’s World Conservation Congress defined the way forward in solving the environmental crisis. Participants in the Congress underlined that the cost of biodiversity losses are not only greater than those of the current financial problems, but in many cases, they are irreparable. “We have made substantial decisions here in Barcelona; we’re showing how saving nature must be an integral part of the solution for any world crisis,” says Julia Marton-Lefèvre, Director General of the International Union for Conservation of Nature.

“The clear message coming out of this meeting is that biodiversity underpins the well-being of human societies and their economies. But conservation can only succeed if we attack the underlying causes of biodiversity loss, and action is taken at the same time to reduce the impacts of that loss.”

Biofuels were a major focus as members of the world’s oldest conservation organization called on governments to regulate and manage biofuels to limit their potential impacts on people and nature. A call was also made to develop guidelines and improve standards used when considering biofuels projects.

“The tide is turning in our favour, we have the scientific knowledge and we have the governmental willpower to put the solutions in place,” says IUCN’s new President Ashok Khosla. “IUCN’s new programme means we can face the future with confidence.”

The IUCN Programme 2009–2012 provides the framework for planning, implementing, monitoring, and evaluating the conservation work undertaken by the Commissions and the Secretariat for members.

“We will use IUCN’s knowledge and networks to influence decision-makers to secure a future for nature and better integrate biodiversity concerns into policies and practices of climate change, energy, development, human security, markets and trade,” adds Julia Marton-Lefèvre.

After a heated debate over IUCN’s involvement with the private sector, IUCN’s members agreed to support carefully thought out engagement with business. Much was also done to promote improvements in governance on the high seas. As an area outside of national jurisdiction, these are often exploited by all and managed by none. Proper management of fisheries also held an important space, with resolutions on tuna fishing and shark-fining among others.

The rights of vulnerable and indigenous communities received high priority at the World Conservation Congress as IUCN’s members called on governments to take into account human rights implications, in all conservation-related activities. Congress saw the beginning of an ethical framework to guide conservation activities, where poverty reduction, rights-based approaches and “Do No Harm” principles can be applied to help redefine our relation with nature.

Meanwhile, a clear message was sent by IUCN to the UN’s Climate Change Summit that will take place in Poland in December. IUCN is demanding more specific goals in line with the Bali Plan of Action – calling for a 50 to 85 percent reduction in CO2 emissions by 2050 and keeping rises in temperature below 2°C - and actions on biodiversity, ecosystem services and livelihoods protection.

Congress also endorsed the need to proceed with biodiversity-based climate change mitigation actions such as Reducing Emissions from Deforestation and Degradation (REDD), as long as it remains just and equitable.

More than 8,000 specialists from the conservation community, governments, NGOs, academia, private sector, women and indigenous groups were gathered in Barcelona to discuss the most pressing issues of our time. The 10-day conference opened Sunday, 5 October, and even during these difficult financial times, it has been the occasion of announcements of substantial investments in conservation funding.

Announcements of millions of dollars dedicated to species conservation made by the Mohamed Bin Zayed Species Conservation Fund, by the GEF, by the Living Oceans Foundation and the MacArthur Foundation have shown that more and more people understand the need to invest in conservation.

No comments were found for Barcelona sets environment action agenda - IUCN. Be the first to comment!